Why Don't We Know How Officer Sicknick Died Yet? 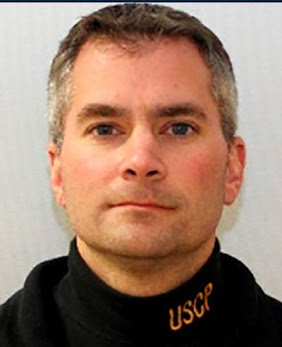 When the first reports about the Trump-inspired coup attempt at the US Capitol came in we heard a Capitol Hill Police Officer, Brian Sicknick, was killed.

The early reports suggested he died after being struck with a fire extinguisher. Not true. Since then his cause of death has become a mystery.

According to Sicknick's brother, Ken Sicknick, the family had been informed he suffered a stroke resulting from a blood clot.

Ken Sicknick said his brother told him in a text message sent before he collapsed that he had been hit with bear spray wielded by rioters.

Arrest papers stated that both men used bear spray on Sicknick and two other officers.  But - and this is a big but -   neither have been charged with his murder.

The authorities investigating the case have been mute as to what the real cause of death was. The rumor mill in Washington D.C. claims Sicknick died from "chemical exposure."

Still, there has been no definitive cause of his death two months later. His death has been a secret long enough.

Someone is preventing the whole story from coming out for reasons unknown. There had to have been an autopsy report. So why not release that?

Sicknick's family was told one thing that may, or may not, have been true. The troubling part is the family may have been lied to. Why else would the story not be released to the public?

Hopefully, time will reveal what really happened so we can put Brian Sicknick's death behind us.