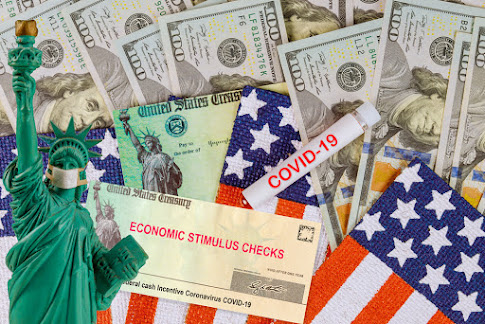 The relief that millions of Americans have been praying for is here.

This morning the House passed the 1.9 trillion COVID stimulus bill in a partisan vote.

Every Republicans stubbornly opposed the bill despite polls that show overwhelming support. A Politico/Morning Consult poll released today showed that 75 percent of all Americans want it.

As usual Republicans tried to make a circus out of the proceedings, starting with Marjorie Taylor Green who called for adjournment ... again, after pulling the stunt repeatedly to slow down the proceedings. Over 40 Republicans voted against her this time.

That was just the opening salvo from a party twisting in the wind over helping Americans recover from the pandemic.

The irony is when Biden signs it into law FRIDAY, Republicans will be the first in ribbon-cutting ceremonies for new/old businesses - puffing out their chests like they did something positive.

Hearing House GOP members talk about the high cost of the bill reminds me of last year when there was no problem with racking up several trillion dollars for bills to help the economy. It was even a bipartisan effort, unlike this relief bill.

It was vomit-worthy watching Republicans making false claims, like the country will go bankrupt if the bill passes. The shameless hypocrisy the Republicans are using is a stain on the House of Representatives.

The good news is the bill passed, and it'll just be a matter of days before relief for all Americans is felt.