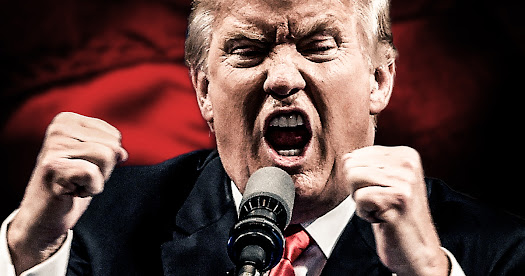 Trump retreated to his lair in Florida several days ago to golf and tweet lies while the nation was reeling under a pandemic and economic disaster.

Since Trump lost the election he ceased to pretend to be a president for the people. His wrath and grief know no bounds.

While unemployment benefits end tomorrow for millions of cash-strapped Americans, Trump was complaining last night that glossy US magazines have not featured his former pole-dancer, and wife Melania, once in four years.

As Americans hunkered down at home enduring a holiday diminished by the pandemic, an imminent government shutdown looms.

Hope for a relief bill has been repeatedly dashed by a grieving Trump who wants to punish the world for getting legally kicked out of office by a majority of voters.

Trump's revenge is punishing all Americans. Even his supporters. That should come as no surprise to anyone; he only cares about himself and has demonstrated that throughout his disastrous presidency.

As Trump played golf on Christmas Day at his resort, over 3,000 people died from the coronavirus. As he chatted with his buddy Lindsey Graham on the links, the total number of COVID-19 cases exceeded 78 million.

To make sure Trump ends the year on the lowest note in his pathetic term, he's refusing to pass a bipartisan $900 billion COVID relief package to bail the country out.

As Trump huddles with his cronies plotting how to overturn the election at Mar-a-Lago today, a five day count down towards evicting millions of Americans from the homes begins. Without help they'll start off the New Year homeless.

After four years of Trump's fake presidency relief is in sight next month when Joe Biden is inaugurated on January 20th.

Until then, the country will have to endure Trump's remaining days as he leaves behind a nation crippled from his ineptitude, corruption, and division.