Litigation Nation: Ready To Sue No Matter How Stupid 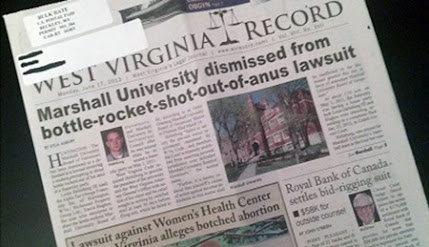 Our society is lawsuit happy

Always has been, but in the era of Trump frivolous and malicious lawsuits are filed every second.

You need look no further than our presidential election this year. Over 80 lawsuits filed in swing states shows Trump lawyers didn't win one. Not one. All thrown out with scorn from the judges.

The lawsuits weren't just frivolous in the normal sense of the word... they were malicious and without a shred of evidence in every case. They all sought to disenfranchise voters.

The definition of stupid is doing the same thing repeatedly and expecting a different result each time. That's been the case with the Trump minions still clinging to his lies about a rigged election.

Trump has spent a lifetime weaponizing lawsuits; most frivolous and only a tactic to stall his accusers in court hoping they'll give up eventually.

1. A man sued the Kardashians and Kanye West for conspiring with Al-Qaeda. A Montana judge tossed the lawsuit with distain.

2. Talking about judges; Roy Pearson, a D.C. judge filed a lawsuit against a small dry cleaner over a pair of wet pants for $67 million dollars.

Long story short, the lawsuit was tossed and so was the judge who wasn't reappointed to his position.

3. A guy named Webster Lucas sued McDonald's over a napkin incident so stupid I won't repeat here. The kicker is he's seeking $1.5 million for undue mental anguish. The case is still in the courts.