Premature Polls For 2020 Election Are A Waste of Time 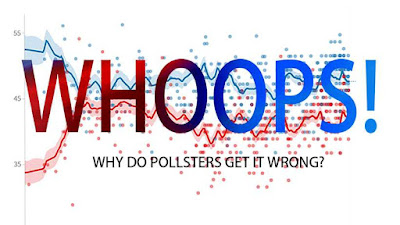 A new study has shown that the best time to brew a pot of coffee is right freaking now!

Okay folks...let's start off agreeing the 2020 elections don't start until 2020. A simplistic observation for the current state of affairs in the nation... but necessary.

All of the current political polls pitting theoretical Democratic opponents against Trump for the presidency are a waste of time.

Crumbs for political birds-of-a feather who are addicted to never-ending battles that suspend time-and-place in a Twilight Zone most Americans don't want to be caught up in.

Most Americans are more interested in health care, or how they're going to make ends meet every month. Not the parade of democratic candidates seeking to challenge Trump or something else to do with NEXT YEAR's election.

I'm sure there will be an uptick of interest when the democrats finally select a candidate next year. Meanwhile, the political poll pollution is a daily irritant this year.

Make no mistake...most of the polls are political pablum for each party with a validity ratio... of whatever they say it is. Having taken a class in Empirical Research in college has always made me skeptical of polls.

There's a lot of factors involved, and good pollsters know how to pull out the results they want by the way questions are asked, who they ask, when they asked the question, and so on.

Polls are bad enough, but when they ask premature -often theoretical-questions, you might as well take the results straight to the outhouse.

Polls are indicators. Nothing more, nothing less. They're fun for some people who pretend their always accurate, or for the people creating them as a yardstick to predict the future.

Perhaps the best way to look at polls is how accurate they were in the 2016 election. It wasn't Hillary who was winning like all the polls predicted, it was a con man from New York.