Memo To Speaker Pelosi: Time to Hop Off The Fence and Take a Stand 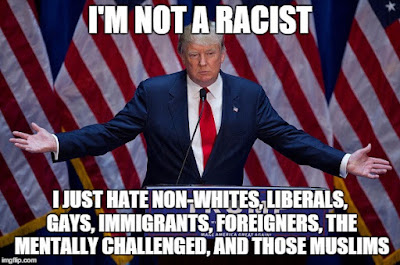 "Coffee is a language in itself." - Jackie Chan

I've never been a big fan of yours, but I have to admit you are a canny politician who knows the ropes, and the knots in Congress. I respect that.

Thus far, I have agreed with your tactic of staying on the fence when it comes to impeaching that orange ape in the Oval Office.

Your arguments were sound... up until now.

Now, it's time to hop off that fence, take a stand, and call for an impeachment inquiry.

I know, it's a big step and there will be some political backlash from the Trumpie GOP minions who may use it to stir up the alt-right swamp.

So what? No matter how you look at it, they ARE NOT a majority in this country and it's time to acknowledge that. It's also time to fight back against Trump's all-out assault on democracy and American values.

After witnessing the president of the United States racist attack against minority members of Congress, who are duly elected officials representing Americans in their districts, that proverbial line has been crossed.

I know you stood up for them and are even planning on a resolution to slap Trump on the hand, but he needs a real kick in the ass. Impeachment.

It's up to you Madam Speaker, to lead the Democratic Congress in the right direction. Our country can't endure more attacks on our whole system of government for the next year-and-a-half.

An Impeachment inquiry will wipe away Trump's ability to tie up the courts that are pending with numerous investigations against him, until the next election.

Let me ask you, do you want to risk more - perhaps even worse - attacks against the laws of the land while you patiently await the courts to listen to Trump's appeals against the vast array of charges against him?

Timing is everything. Waiting until next year after all the court battles have been fought, is a dumb political move. I think you know that.

If you're serious about protecting America - and not just being someone who talks a good talk, but doesn't walk the walk, then rally your caucus and open an impeachment inquiry.

Time is running out. It's time to say we've had enough of this wannabe dictator."