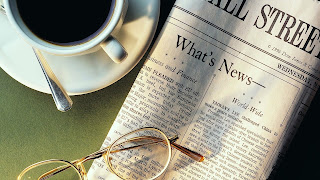 Have you got a nice hot cup of coffee going?

Good. Let's chat about some of the issues in our world today while sipping some Joe. Topics are wide open.

A new documentary on Vietnam came out last week and once again the North Vietnamese side of the story is sorely lacking.

If you saw it, I'd love to hear your take on the documentary. You can comment with the link provided at the end of this post.

The hideous black WALL in Washington DC dedicated to those Vietnam veterans who died, is really a stark reminder of failed colonialism.

Trump's WALL is a right-wing fantasy that has failed to materialize...yet.
Joseph Fort Newton once said,

“Men build too many WALLS and not enough bridges.”
That's spot on for what's happening today.

Is it just me, or is there an awful lot of natural disasters happening this year?

Hurricane after record-breaking hurricane has been savaging the Caribbean, Puerto Rico, and southern states. Hurricane Harvey hit Texas like a runaway freight train.

There's been earthquakes and volcanoes erupting along the Pacific "Rim of Fire." Mexico was especially hard hit with two big earthquakes.

Major fires across the nation this summer struck particularly hard in the west, with states like California, Oregon, Washington, Nevada and Montana burning out-of-control for weeks and even months.

Is it time to sit down and really examine Global Warming and what we can do about it?

What do you think is happening?

Is Global Warming fake news? Is it something we should be very concerned about? I'd like to hear your take on this topic that seems to divide so many Americans today.

If you'd like to send me your comments via email, my address is: richarddavestancliff@gmail.com

How Close Are We To Nuclear War?

Donny and Kim's pissing match is getting serious. The two man-children are engrossed with throwing shit at one another, to the determent of a peaceful solution.

I try not to picture those two crazy bastards sitting next to "The Button." It harshes my high for the day.