Another Attempt To Replace and Repeal Obamacare is Slithering Around Congress 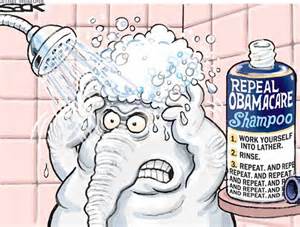 It's a chilly morning outside today in Medford, and my coffee fix is more enjoyable than usual.

Are you ready for another round of repeal and replace Obamacare?

I know. I thought that horse had died too.

A new bill, The Graham-Cassidy Bill, is slithering around the halls of Congress  looking for support right now.

Incredible as it may seem, there are still stuck-in-the-mud ideologues in the Republican Party who want to take another run at overturning our health care system.

Despite Mitch McConnell's admission last month that the bill was dead, and Obamacare was the law of the land, these pinheads can't let it go.

Interestingly enough, Trump is not even the one that came up with this new assault on American healthcare.

The sponsors are trying to shove it through the House and Senate before September 30th, the deadline.

This Senate bill, if passed by the House, would gut core protections of Obamacare – including "essential health benefits" and cost protections for those with pre-existing conditions – and blow up Medicaid as currently structured.

Once again it's going to be a close vote. McCain will probably  vote no - so Republicans need every single vote they can get. They figure their ace-in-hole is Vice-President Pence's tie-breaking vote.

But history is poised to repeat itself thanks to dissent within the party.

If Sens. Susan Collins of Maine and Lisa Murkowski of Alaska vote against the bill, which is very likely because a majority of their constituents will be adversely affected, the bill will die on the floor...again.

Meanwhile, what about that big Tax Reform bill Trump has been pushing? Two other little items are also hanging out there on the GOP agenda - DACA, and a new Budget for the country.

So far the GOP is zero on passing any major legislation. At the rate their going now it's conceivable this Congress is going to make history for the wrong reason; it's inability to pass a law.