FaceBook Follies: Fighting Misinformation and Hackers Out to Ruin Your Day 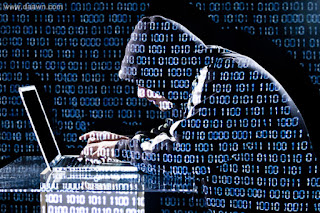 Sometimes I wonder why I even bother doing the FaceBook thing.

My account was hacked by some creep last week who tried to scam my friends and family.

Most caught on to the fake account created by the hacker, but there was at least one family member who was on his way to withdrawing money to send to the hacker (who he thought was me).

Thank goodness, he called my wife before stepping foot inside his bank to withdraw money, and she set him straight. The pitfalls of being on FaceBook are very real.

Hacked FaceBook accounts are a growing concern as scamers get more sophisticated.

Some ways to tell if your account has been hacked are:

In addition to hackers you have to be concerned about misinformation dumps. They're popular. Here's a study that finds people like the wrong stuff on social media better and why.

The most popular post spreading misinformation claimed Zika virus is a "fraudulent medical hoax" and was viewed more than 530,000 times. It was also shared with more than 19,600 people.

What's really disturbing is that the websites or videos that are spreading this misinformation are trying to take the focus completely away from the issue.

Something to consider about this new study; by only evaluating popular posts, it may have underestimated the spread of misinformation by people online.

The bottom line; as long as people don't check the credibility of information this problem will never go away.