Donald Trump Self-Funding? Not By A Long Shot! 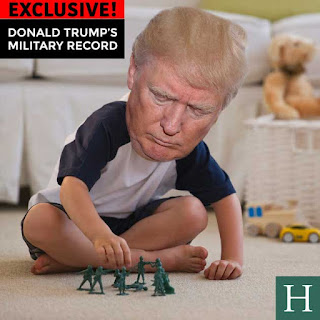 If you've been paying attention to what Donald Trump says, and what he actually does, it's clearly evident he's a liar and hypocrite.

The best example I can give you goes back to when the Donald began his campaign for the presidency:

Trump on self-funding his presidential campaign:
“Part of the beauty of me is that I’m very rich. So, if I need $600 million, I can put up $600 million myself. It’s a huge advantage.” — interview with ABC News in March 2011 ahead of aborted 2012 presidential run
“I don’t need anybody’s money. It’s nice. I don’t need anybody’s money. I’m using my own money … I’m not using donors. I don’t care. I’m really rich.” — announcement speech on June 16, 2015
“You know the nice part about me? I don’t need anybody’s money.” — from an interviewin August 2015 in Iowa
“I’m self-funding my own campaign. It’s my money.” — during a speech in Iowa on Feb. 1, 2016
“I don’t believe I have been given any credit by the voters for self-funding my campaign, the only one. I will keep doing, but not worth it!” — from a tweet Feb. 2, 2016
Via The Center for Public Integrity
The Reality
Trump is not exclusively self-funding his campaign.
Almost immediately after announcing his presidential bid, Trump began passively accepting contributions from his growing legion of supporters.
The dollars began adding up, and as May arrived, federal records indicate Trump’s supporters had together given his campaign about $14 million.
"I’ll be asking money for the party,” Trump said during an interview on MSNBC’s “Morning Joe” on May 4."
In a interview with the Wall Street Journal, Trump said that he’d personally “be putting up money, but won’t be completely self-funding” as the campaign moved forward.
Trump has become the bootlicking presidential candidate he’s insisted — over and again — that he wasn’t, isn’t and wouldn’t become.
Via The Center for Public Integrity
Question
What do those Trump followers think about this big reversal?
Many are only voting for him because they believe he is self-funding and not taking money from the establishment.
That's reality. Let's see if it factures that fantasy for some Trump fans.
Time for me to walk on down the road...
at June 19, 2016