Feds Lying About Lack of Pot Studies to Prolong Prohibition 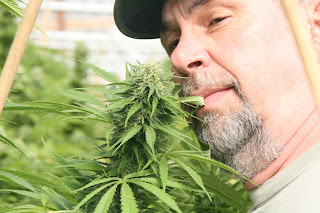 I really get tired of the government telling us lies.

They hook up with politicians to perpetrate lies to keep the plant on the Schedule One Drug list with the Feds. One of their biggest lies has been the repeated claims that no clinical testing has been done on marijuana.

The U.S. federal government, legislators, law enforcement officers and many health care professionals often use the “lack of clinical trials” with cannabis as a legitimate reason for continuing the marijuana prohibition.
The Catch 22 here is that the federal government has made it virtually impossible for researchers to study the therapeutic efficacy of cannabis.

But guess what? There has been legitimate clinical trials conducted, and what's more they have showed the positive benefits of medical marijuana.

I could give more examples, but I think the above are enough to prove legislators are lying when they say there's not been ANY clinical trials.

Why hasn't someone exposed the lie then? Good question. You tell me.