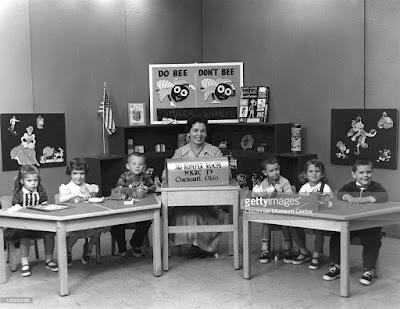 Tonight could be the last GOP debate.

Parents are going to have to set up rules of engagement for viewing this time for their children after what's transpired in previous debates.

It's just going to get uglier.

Before the debate even begins, parents need to reassure their children that the candidates are really adults; regardless of what they see and hear.

It's important to make the debacle/debate a "teachable moment" for children watching at home:

Parent:
"You hear what Trump just said about women Johnny? I catch you saying that, and I'll put you in the corner until you turn 18!"

Parent:
"No, Susie...all men are not such big babies! I know it looks like Romper Room, but one of those clowns may be your next president some day!"

Parents need to explain that all presidential debates aren't as dumbed down as the current GOP one's are. This will be a challenge when candidates like Trump talk about their "junk" being big in defense of small hands.

I've even heard anecdotal stories of babies crying when they see the animal on Trump's head suddenly move about violently when he gets mad!

Best advise; don't expose any children to the debates that are under five-years old.

If at any time parents notice their children getting sick with revulsion, turn the channel fast!