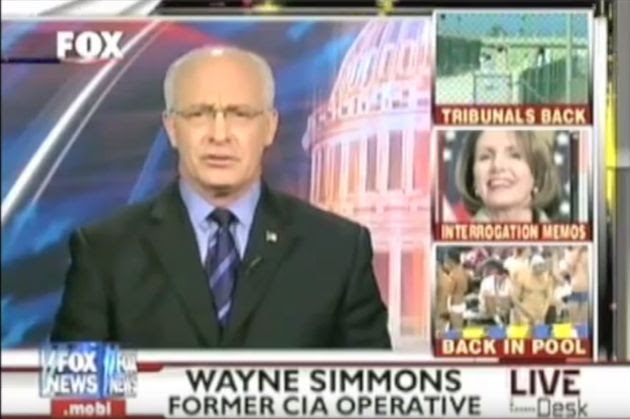 It’s an open secret that Faux Fox News is not the place to go if you’re looking for credible reporting.

Here’s the latest example of the quality of commenters it hires:

Wayne Simmons, a 62-year-old who lives in Annapolis, Maryland, was arrested by federal authorities following his indictment by a federal grand jury for allegedly committing major fraud, wire fraud, and making false statements to the government.

Simmons has been interviewed by Sean Hannity, Neil Cavuto and has appeared on "Fox & Friends." He has discussed a wide range of issues on the network, including CIA interrogation techniques and, ironically, a former CIA official found guilty on fraud charges.

Simmons claims to have worked for the CIA from 1973 to 2000, and "used that false claim in an attempt to obtain government security clearances and work as a defense contractor, including at one point successfully getting deployed overseas as an intelligence advisor to senior military personnel," according to a press release from the U.S. Attorney in the Eastern District of Virginia.

The question is, doesn’t Fox vet it’s people for at least a modicum of truth?

Federal prosecutors say that Simmons had a "significant criminal history, including convictions for a crime of violence and firearms offenses, and is believed to have had an ongoing association with firearms notwithstanding those felony convictions.”

Another faux pas for Fox…another day in the “Spin Zone” for the Republican Party.