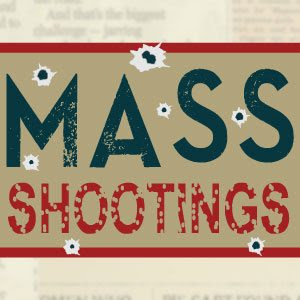 Why does the USA have the most mass shooters per capita than any country in the world?

The answer may lie between the availability of guns and people seeking fame.

The possible association between mass shootings and a desire for fame is particularly eerie, given the nation's latest high-profile killing.

A former employee at a local news station in Virginia killed a reporter and a cameraman on-air, while filming the shooting with a GoPro camera. He later posted the film to social media.

The apparent desire to broadcast the crime places the killer in the same company as many notorious mass shooters of the past decade. (The History of Human Aggression)

Experts are finding that younger shooters want attention. That's why you see them wanting to have a bigger head count, a bigger body count, to try to outdo the last one or to do something that is going to cause more of a rise.

Interestingly, the rise in active-shooter events bucks the general trend toward less violent crime in the United States: Overall violent crime dropped 14.5 percent between 2004 and 2013, according to the FBI.

What did predict the number of mass shootings, however, was the p

Studies within the United States have also found links between gun ownership and gun crime.

There is a 'fame at any cost' mentality.

Many mass killers explicitly cite fame as their motivation: A quick Google search for "wanted to top Columbine" reveals multiple news articles about killers or would-be killers mentioning the 1999 school shooting as their inspiration.

WHAT CAN WE DO?

The answer is simple, but probably unattainable thanks to gun lobbies and the NRA – make it harder to buy guns by having a nationwide backround check on prospective buyers.

Also, get the media to focus more on victims instead of their killers who are looking for their 15-minutes of fame.