Presidential Candidates Range From Cats to People With Fake Names 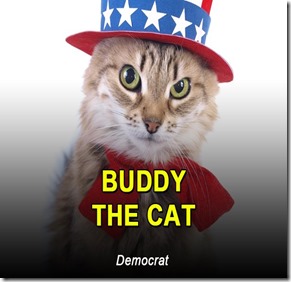 It started with a 15-year old prankster.

Brady Olson filed to run for the President of the United States with the FEC on July 26 as Deez Nuts.

The rest is viral history.

Deez Nuts – running as a Republican - polled at 9 percent in North Carolina against Trump and Clinton setting off a firestorm of imitators.

But these wags — including a bunch whose names crudely refer to body parts or sex acts — are also potential headaches for federal regulators, who already struggle with limited resources and massive paperwork backlogs.

What follows are actual Statement of Candidacy filings from presidential pretenders I’m (almost) certain are giving America the business.

Currently, there are about 850 registered candidates running for president this election. And counting…