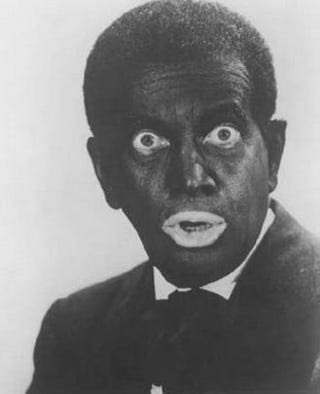 There’s a lot of confused people out there.

Some “disremember” things and come up with alternative realities. Others are blissfully ignorant or looking for some other form of recognition.

Some are just clueless.

For example, take Rachael Dolezal, a former NAACP leader and Africana studies professor whose white parents publicly disputed her claims of being a black woman. Why did she have to lie about her race?

Dolezal ended up sapping legitimacy from the black rights movement.

It seems whites claiming to be African-American are fashionable nowadays. It’s kind of hard to understand, considering all the challenges blacks in America face. But it’s becoming a common theme.

Most recently Shaun King, a leader of the 'Black Lives Matter' movement, has been accused of lying about his race.

I’m sure these racial imposters mean well. They just over compensate by trying to take on a racial identity to show solidarity. Nevertheless they aren’t helping black activists when they get “outed.”

Attacks from the right delegitimize the white folks who find value in the “Black Lives Matter” movement in finding them, in some cases, untrustworthy and, in other cases, crazy.

I can think of other efforts by whites disguising themselves as black, that were more effective.

In 1948, journalist Ray Sprigle disguised himself as a black man and wrote a series of articles under the title, "I Was a Negro in the South for 30 Days," which was published in many newspapers.

There’s also the more well-known story of “Black Like Me” a nonfiction book by journalist John Howard Griffin which was first published in 1961.

Griffin was a white native of Dallas, Texas and the book describes his six-week experience travelling on Greyhound buses (occasionally hitchhiking) throughout the racially segregated states of Louisiana, Mississippi, Alabama, and Georgia passing as a black man.

You’ll notice however that in both cases the men reverted back to their white identity after a certain period of time. Their deception was short-lived but it gave a realistic look at the lives of blacks without ultimately lying about their own race.

Black activists – regardless of their color – would do well to read both accounts. That way the minions on the Right won’t have fodder to discredit the “Black Lives Matter” activists.

Posted by ImBlogCrazy at 6:08 AM