When You Know Things are Going Wrong : 3 Brief Stories 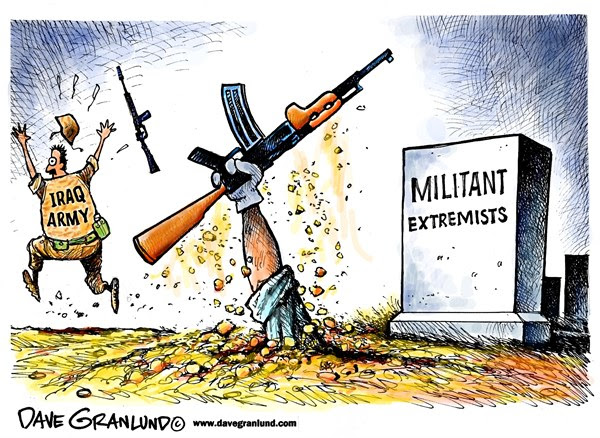 1) Things haven’t been going well for the Iraqi Army – their ability to fight ISIS has been called into question numerous times. Think Ramadi. They had 10 times as many soldiers as their ISIS attackers but they fled the moment they came into sight.

How much worse could it be than that?

How about bombing themselves? An Iraqi military plane returning from a raid targeting ISIS positions mistakenly dropped a bomb on a Baghdad neighborhood on Monday, killing or wounded at least 16 residents, according to an NBC report.

2) There were more than 2,000 shootings in Chicago last year, and the city is on pace for more this year.

When You Know Things Are Going Wrong

Newspapers run weekend shooting trackers, and the July Fourth holiday numbers are stark: at least 46 people were wounded and 9 others killed — including a 7-year-old boy.

The reality for residents: everyone knows what gunfire sounds like. Families learn to stay away from windows. Parents pray for safety everyday they send their children to school.

Flying anywhere in the world today involves some measure of security – from light to heavy – depending upon the country, destination, etc.

People panic at the slightest thought of a terrorist on board (or waiting to board). If a person fits the description of what a terrorist should look like, sound, and say, they could be arrested.

Sometimes it makes you wonder if the terrorists are winning.