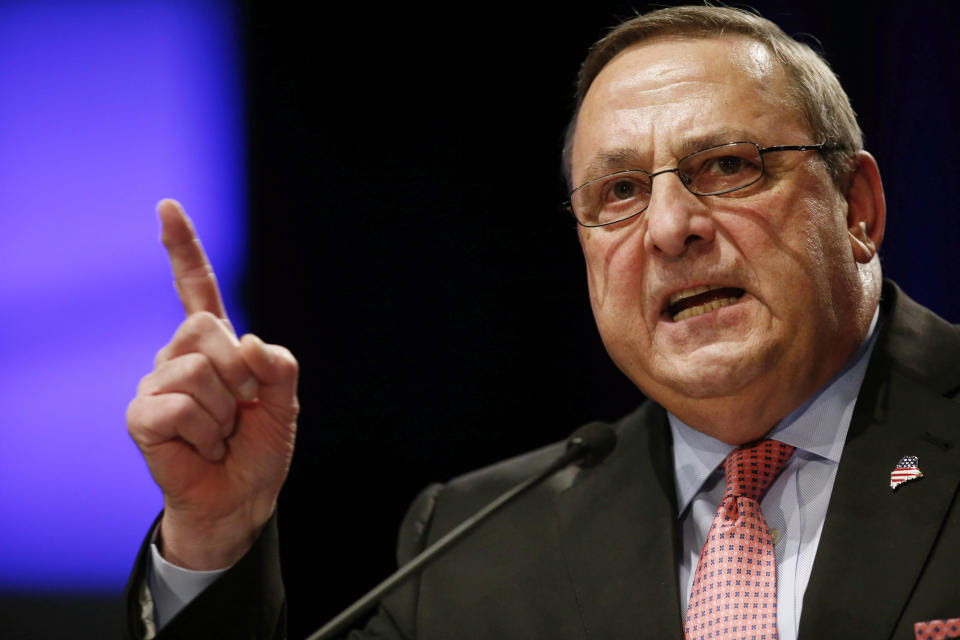 Once dubbed “America’s craziest governor,” LePage has also made national headlines for joking about shooting a newspaper cartoonist, saying the NAACP can “kiss my butt,” and claiming that the worst thing the chemical additive BPA could do is “give women little beards.”

His high-profile antics, Republicans claim, have squandered his political capital.

Citics say his decision to retreat to his office and issue a flurry of vetoes (more than 100 so far this session) shows a lack of leadership and that his attacks on fellow Republicans are counterproductive.

In a demonstration of true pig-headedness, LePage has thwarted lawmakers by threatening to veto every bill until the Legislature passes one of his top priorities.

The real kicker is he admits wasting lawmakers' time because he knew they would be overturned.

Finally, they say his latest actions, including meddling in a charter school's personnel decisions has gone too far.

Lawmakers are accusing LaPage of blackmailing Good Will-Hinckley, a private organization that runs the Maine Academy of Natural Sciences, into rescinding an offer of employment to Democratic House Speaker Mark Eves, the Bangor Daily News reports.

According to Lance Dutson, a Republican strategist;

"There are members of the Legislature that have stood beside Gov. LePage through thick and thin that are saying that they are done with him. That's something that I've never heard before.”

He’s publicly attacked Senate Republicans for not standing up for tax cuts.

If LaPage is impeached it would be a first for Maine. The man however seems to thrive on controversy.