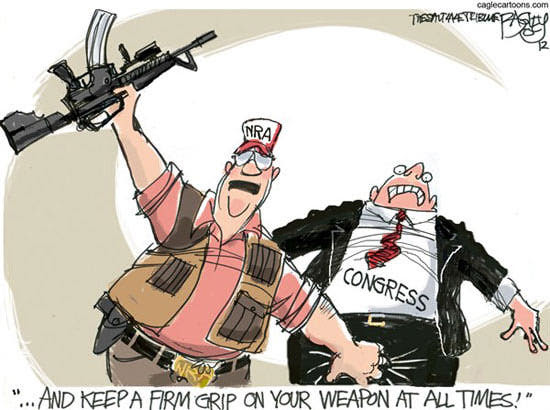 The law makes a hard distinction between solicitations for elections and other solicitations, in part because many Americans don’t like donating to politicians.

An NRA member might contribute to the organization because he admires its work on behalf of hunters. He might also contribute to an environmental group because he wants to preserve forests.

But this same donor may vehemently oppose the candidates endorsed in federal elections by both the NRA and the environmental group. As a result, the law makes it clear that when these groups are soliciting for electoral purposes they must disclose that fact to potential donors.

The NRA has been ignoring that law for years by taking donations that were intended to support the group and using them for political agendas.

Federal law also says a PAC’s solicitation must “expressly state that the contribution will be used in connection with a Federal election” and that contributions are purely voluntary.

And it requires a soliciting PAC to collect information about donors, including profession or job affiliation. But the NRA impudently ignores those requirements.

NRA solicitations through its corporate and PVF websites have arguably violated all  state statutes. And because of the way the NRA has structured its PAC, any state attorney general with an interest in investigating these apparent violations would have authority to subpoena all relevant NRA records dealing with its nationwide fundraising operations.

That however seems unlikely, because few politicians have the balls to go after the most powerful special interest group in the country.

The complete story, reinforced with factual records, is told in this investigative Yahoo news story: