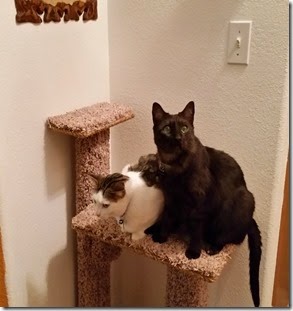 My wife, and I, rescued two cats last year.

They’re brothers, and came as a set. One of them, Oliver, is blind. Tommy is sighted. They’re four-years old, and inseparable.

From the start, I assumed that Oliver would have a lot of limitations because he couldn’t see. That assumption flew out the window like a bird in no time. Oliver stayed close to Tommy at first, following him like a dog on his tours of their new house.

I was amazed when Oliver quit following Tommy and struck out on his own within a couple of weeks. He seemed to magically avoid every obstacle that came into his path. Every now and then however, he would gently bump into something.

That misstep never set him back. He just changed course without a complaint. Not even a meow of irritation. The lesson; it made me realize how resilience and patience overcomes all obstacles. 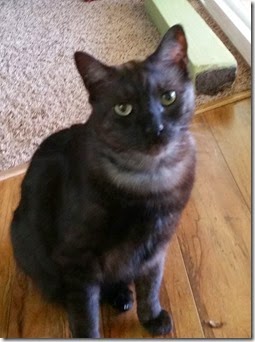 life. He isn’t bothered by not being able to see. He was born blind, and doesn’t know any different. My concerns for him slowly dissipated as I watched how he handled the setbacks life had to offer.

That lesson hasn’t been lost on me.

When I see Oliver romping across the house in his peculiar panther-like style – he stays close to the ground – I have to smile.

Oliver is fearless. He stretches out to his full length to reach a window sill and chins himself up – claws sinking into the wood trim and leaving behind scars to show he was there before.

The lesson is obvious; don’t be afraid to reach out and embrace life.

The fact that Oliver has become more independent since he moved here – he seldom follows his brother (other than to play) and explores the house daily noting any changes that have occurred since the day before.

I think Oliver has a sixth sense. Or, radar. The way he avoids new obstacles – for instance, the ottoman in the living room constantly gets shifted from one side of the room to the other – is nothing short of uncanny.

When Oliver arrived he wasn’t wild about getting petted. Now, he loves having his little head stroked – especially under the chin. He’s gotten use to our touch and has become a loving member of the family.

By the way, Tommy is the Zen master. He’s doing great and fits right in – even with our pug Molly. The two play together now. Oliver is still standoffish with Molly, but the two have showed mutual respect and declared a truce.

Once again, Oliver had a lesson for me: “Life is too short to spend it fighting and mistrusting people”