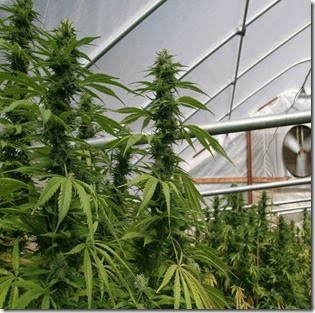 How successful has legalized marijuana been in Colorado?

Let’s put it this way, there’s not a state governor in America who wouldn’t like to be in their financial position.

In a mere 13 months, sales have raised over $50 million for the state, according to Complex.com.

Amendment 64, which legalized recreational marijuana in the state stipulated the first $40 million would be set aside to for schools.

However, according to Rolling Stone, the surplus tax revenue from the sale of marijuana is roughly $30 million. Under state law this means that adult Coloradans are now entitled to a refund, which will be in the form of a check for a whopping $7.63.

How much do you know about marijuana? Take the quiz

The state of Colorado has a law on the books titled the Taxpayers' Bill of Rights, which was a voter-sponsored amendment that passed back in 1992, according to the state's treasurer's office.

The law mandates that the state treasurer's office must return excess tax revenue to the taxpayers if the amount exceeds a figure that is calculated with a formula that accounts for inflation and population growth.

The law has returned some $2.2 billion to the people of Colorado, according to the Associated Press.

Rolling Stone reports that state lawmakers are now left grasping for ways to put the excess tax revenue genie back in the bottle. This would include introducing a bill that would leave marijuana revenue exempt from taxpayer refunds.

After Colorado and Washington state,Oregon and Alaska became the next two states to legalize marijuana with ballot measures succeeding back on November 4, of last year.

In Alaska the law goes into effect on February 24 and Oregonians can buy legal pot on July 15, according to the Marijuana Policy Project.

Oregon stands to earn $50 to $100 million in annual tax revenue and Alaska could bring in up to $20 million, according to NerdWallet, who calculated what each state could potentially earn if they were to legalize marijuana. (source)