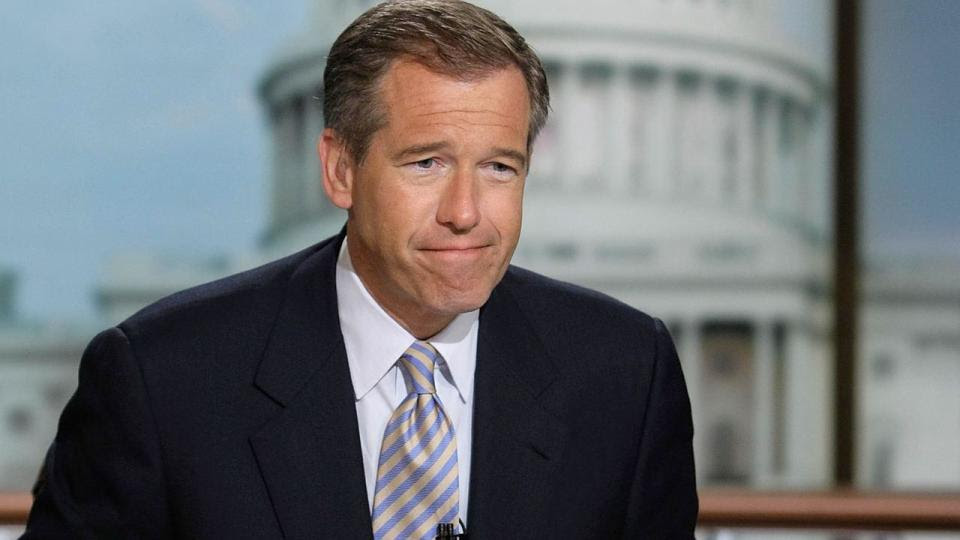 As a journalist, I’ve always respected his reporting. His smooth delivery of daily events lent a sort of credibility to whatever he said.

So, it’s troubling for me to see him involved in a controversy over past public statements that he made that apparently weren’t true – or “misremembered.”

NBC News has launched an internal review of Nightly News anchor Brian Williams' 2003 reporting mission to Iraq, details of which he acknowledged this week he had recalled incorrectly.

The embattled journalist’s other reports are being called into question after he admitted Wednesday to not being aboard a U.S. Air Force helicopter that was struck by rockets in 2003, as he had claimed for over a decade.

Skeptical bloggers are now scrutinizing his award-winning coverage of Hurricane Katrina in 2005 and subsequent interviews.

Just last year, in an interview with his “Nightly News” predecessor Tom Brokaw, Williams claimed he had fallen sick with dysentery after accidentally drinking floodwater.

But Dr. Brobson Lutz, an infectious disease specialist who operated an EMS station during Katrina, told The New Orleans Advocate that he doubts Williams’ claim.

“I saw a lot of people with cuts and bruises and such, but I don’t recall a single, solitary case of gastroenteritis during Katrina or in the whole month afterward,” he said to the local paper.

He may have made a few mistakes in his long career, but who hasn’t in their lives?

He may be guilty of a little self-promotion in his career, but that’s not uncommon among journalists in the 21st century.

I take ALL reporting – from ALL sources – with a grain of salt. It’s really the best way.

Brian Williams has taken time off, and you’ll be seeing Lester Holt instead of him next week. No word yet what the future holds for the award-winning journalist.