The new Republican Congress has an old mission.

It’ll be the 51st time the House tried. As most people are aware, the very definition of stupid is when someone keeps doing the same thing and expects a different result each time.

Republicans may have a majority in the Senate, but they don’t have the 60 seats needed to override a Democratic-led filibuster or a presidential veto. And Obama’s not going to allow his signature piece of legislation to be gutted.

Another reason is Republicans are not going to try to repeal a law that has been such a boon to insurers. The five major national health insurers have all seen 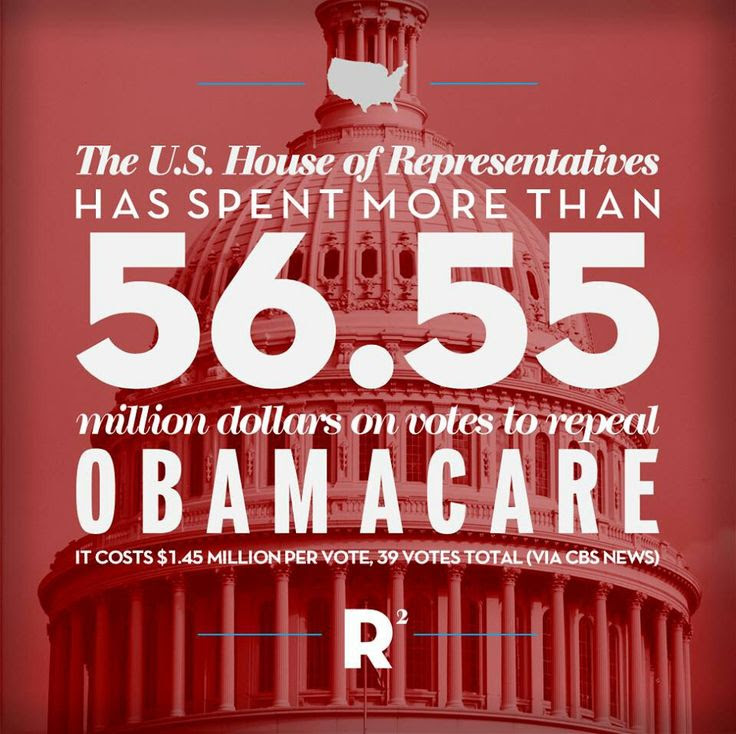 their stock price at least double — one has almost tripled — since the ACA was enacted.

People like laws that prevent insurance companies from pulling their insurance just as they become really sick and need it. They like provisions that allow young adults to stay on their parents’ plans. And they really like government subsidies.

It would be difficult – and really stupid - to take insurance away from that many people.

Despite good reasons why the ACA will largely remain intact, the lemming-like Republicans are still going to try to repeal it.

“At some point next year we’ll move to replace Obamacare,” House Speaker John Boehner promised in an interview last week.

The bottom line: “Stupid is, as stupid does!” – Forest Gump