Satanists Aim to Go Mainstream With First Church in Detroit 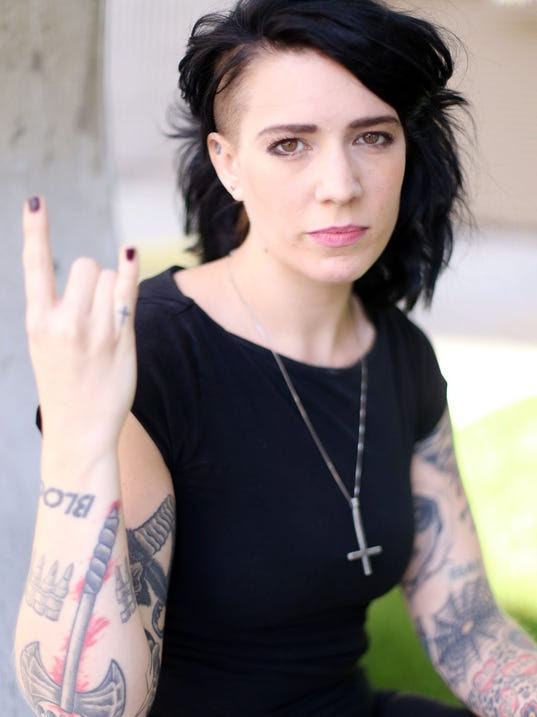 My first experience with Satanists happened in 1991 when I was a managing editor of a group of newspapers in the Palm Springs area (Post Newspapers).

My reporters were investigating a series of animal mutilations (chickens, rabbits, and even a dog) that had weird things next to their decapitated corpses – like black candles, and inverse crosses spray-painted on the ground or wall.

After a couple of months investigating these strange finds I met with a Palm Desert detective who gave me a short education on Satanism. He explained the meanings of the many symbols left by the makeshift altars.

We never did catch those involved. But the experience left me wondering how many people were into Satanism. Back then, Satanists didn’t go around advertising their quasi-religion. It just wasn’t cool in the 20th Century.

Everything changed in the 21st century. For example, Satanists don’t hide their beliefs anymore. The best example of this assertion I can give you is the following story:

THE DEVIL YOU SAY? SATANISTS SAY THEIR A PEACEFUL SECT

“A new religious group aims to bring the devil to Detroit.

The Satanic Temple on Saturday marked the launch of its first chapter outside New York. But leaders say they don't worship Satan. They don't practice cannibalism, or sacrifice people or animals.

"It's peaceful," said Jex Blackmore, 32, local leader and part of the temple's executive ministry. "The idea of sacrifice specifically is to appease some demon or some god, and that's a supernatural belief that we don't subscribe to."

(Photo right: The Satanic Temple aims to place this statue of Baphomet, a goat-headed deity, at the Oklahoma State Capitol in response to Christians installing the Ten Commandments there. The Satanic Temple recently started a Detroit chapter, the first of 15 planned across the United States. Photo: Courtesy of the Satanic Temple)

The group's tenets include free will, compassion toward all creatures, respect of others' freedom — including freedom to offend — and beliefs supported by scientific understanding: "We should take care never to distort scientific facts to fit our beliefs," according to the Satanic Temple's website.

Based on Western civilization's most notorious evil character, the sect is intrinsically controversial.

The Satanic Temple was started about two years ago and has drawn national attention for First Amendment-related demonstrations in communities as far-flung as Florida and Massachusetts.

Detroit is the first of 15 chapters to be announced in the coming weeks.” (Read whole story here)