Is Independence Worth it? Historic Scottish Vote Set for Sept. 18th 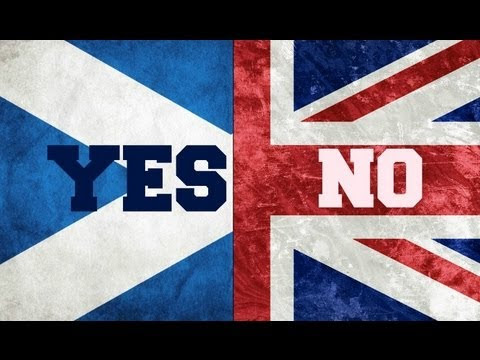 Will Scotland become an independent country this year?

There’s going to be a referendum to decide whether Scotland remains part of the United Kingdom or becomes independent for the first time in 307 years, on September 18th.

It’s been 700 years since Scottish warriors scored a celebrated victory over an invading English army. Now Scots are engaged in a new battle for independence. This time it’ll be at the ballot box, instead of the battlefield. The modern battlefield is social media, where the economic and social pros and cons of a future divorce from London rule are debated under the #indyref hashtag.

Robert the Bruce secured Scotland’s status as an independent country by winning the Battle of Bannockburn in 1314.

Scotland stayed an independent country until the early 18th century, when the Act of Union created the United Kingdom.

The independence debate in Scotland, whose 5.3 million inhabitants represent about eight percent of the total U.K. population would create a new country bigger than Ireland (4.5 million) but smaller than Denmark (5.5 million).

Britain seems worried about the possibility.

Prime Minister David Cameron and the main opposition leaders canceled a weekly Parliamentary showdown in order to travel to Scotland, where polls show a dramatic surge in support for independence from the United Kingdom.(source)

Will the Scots once again gain their independence?

Should they even bother too? Not having a horse in this race, my guess is they keep the status quo. Becoming an independent country can be an expensive proposition. Beside, things haven’t been that bad…have they?

Meanwhile, as they say in Scotland:

"Lang may yer lum reek" (Translated this Scottish saying becomes "Long may your chimney smoke" - meaning 'May you live long and keep well.')

Polls put Scottish unionists a nose ahead as vote approaches