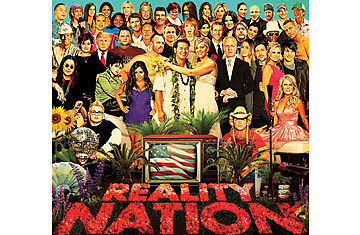 What makes people display the most intimate parts of their lives (and body) before millions of strangers in reality shows?

I’m not sure there’s a definitive answer, but I do know people do kill themselves as a direct result of being reality stars or sidekicks. There’s a dark side to everything.

He wasn’t a reality star, but he did appear frequently with his wife on the Bravo TV show.

Looking back at an interview of Armstrong in People magazine published weeks before his death, is revealing in more ways than one.

He admitted the show caused him angst in his actual reality. “It got really overwhelming,” he told the magazine.

“When you get a TV show involved, and all the pressure — it just takes it to a whole new level. ... We were pushed to extremes,” he said. 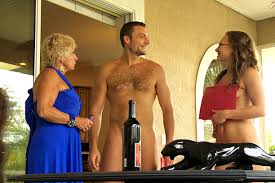 Extreme is the name of the game these days.

Each new reality show breaks new boundaries of bad taste, which by the way, is what TV producers say their audience wants.

I suspect the main reason we see so many is because reality shows are much cheaper to produce than the traditional fare we grew up with.

With our struggling economy as a backdrop, reality shows are a way to hit the big time while doing everything fro

m losing weight to stripping naked and fighting for survival in exotic parts of the world with a member of the opposite sex.

Broadcast and cable programming executives have told TheWrap that they're being flooded with pitches for naked dating shows, driven by the success of the hit series on Discovery, “Naked and Afraid.”

Common people turn into characters who suddenly find themselves on magazine covers, getting endorsement deals, and becoming famous and wealthy overnight.

To some, this must be a heady way to achieve lifelong dreams, but when things get ugly, they find themselves living in personal hells.

Reality shows where partying, sex and obscene behavior are glorified, set bad examples for today’s youth. Watching people treat each other ruthlessly to avoid being voted off the show, hardly sets a good example for anyone.

For some viewers, it is a form of Schadenfreude, a German word used to describes people's delight and entertainment at the failings and problems of others. There’s no doubt people do suffer on some reality TV shows.

Actually there is less reality - unscripted and unplanned situations and reactions - and more staging of situations than the producers want you to know. One of the ethical problems of reality television is the fact that it isn't nearly as "real" as it pretends to be. 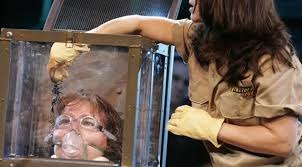 When you watch a dramatic show you understand what you see on the screen doesn't necessarily reflect the reality of the actors' lives.

The same can’t be said for heavily edited and contrived scenes in reality shows. The producers define entertainment as conflict, and go out of their way to create it on the sets.

Situations are heavily contrived. People's ability and willingness to take pleasure in viewing such things may stem from their increasing separation from others. The result is they become distant  from each other.

Some people objectify the characters and have no sympathy or empathy for them.

I don’t see any redeeming qualities to reality TV. What I see is humiliation and anger. The effects of reality TV can destroy lives. We all know this. We see the headlines. When people kill themselves after being treated like trash, or kicked off these reality shows, you have to know something is very wrong.

I know one thing for sure, as long as people watch reality TV programs, producers will make them and the stakes will get higher.

Think about the Roman arenas where the ultimate reality shows kept fans entertained.  Can death sports be far away?

When we reach the point where we watch people kill each other in real time, the end times for this country will finally be upon us.