About Pigeons: The ’Lost Battalion’, Reuters, and the Rothschilds 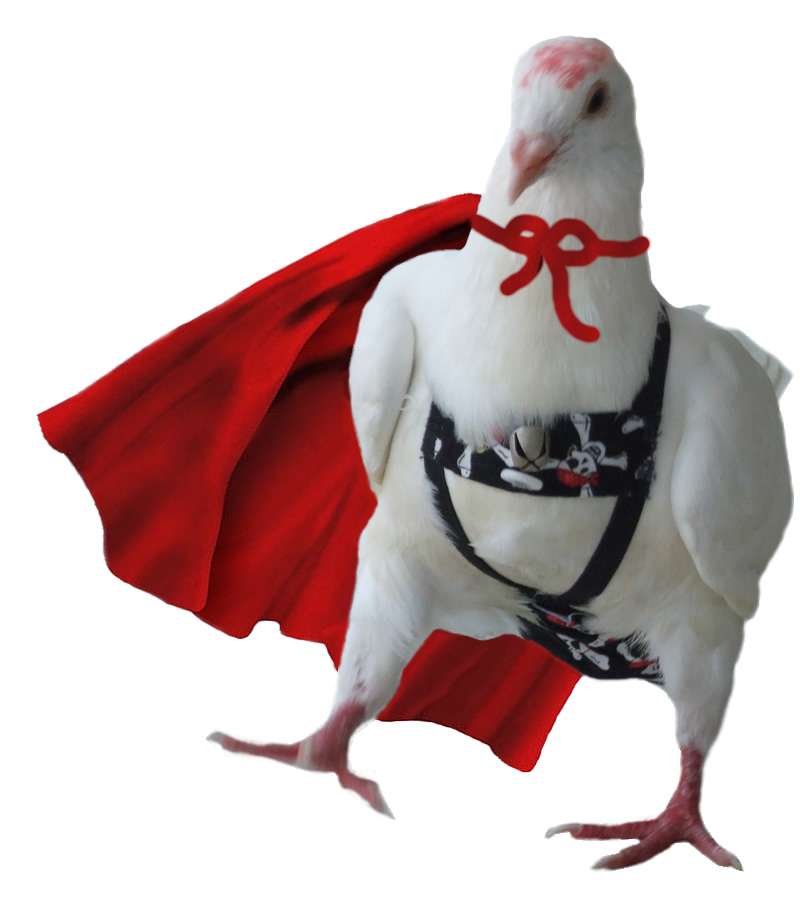 Look up in the sky!

He’s able to fly up to 60 miles-per-hour (that’s a mile a minute) and can cruise for 600 miles in a day. His relatives have saved infantry divisions during WW I and WW II, and made families rich.

What do you know about the part pigeons have played in history?

most famous pigeons in history saved thousands of soldiers during WW II. That pigeon’s name was G.I. Joe. British soldiers called for an aerial bombardment on the Italian town of Colvi Veccia in October of 1943. They didn’t know the Germans had given up and vacated the town just before they ordered the bombing raid.

What happened next is the stuff of legends. The British moved into the town to liberate it and realized that the scheduled bombing was only a half-hour away! Their mission was to hold the town, and the British soldiers grimly held their position despite the looming threat.

Enter G.I. Joe. He carried the urgent message to cancel the bombing 20 miles in 20 minutes, and got to the airfield just as the bombers started down the runway! His speedy delivery saved many lives.

During WW I the famous ‘Lost Battalion" (77th Infantry Division) was stranded behind enemy lines without ammunition or provisions. The desperate commander made numerous attempts to communicate with headquarters without success. Pigeon after pigeon was released with pleas for help, but was shot down by the Germans.

Finally, just like in the movies, there was only one pigeon left. Cher Ami was hit by shrapnel during his daring 25 minute flight to his loft at headquarters. What was really surprising, Cher Ami took a shot in the breast and lost most of one leg. The leg with the all-important message capsule, was still attached.

I’m glad to say this brave bird was awarded the French palm for his heroic service. He died a year later from his wounds, but his story is still told by pigeon lovers worldwide.

Pigeons have also helped pave the way to financial fortunes.

When Paul Julius Reuter started his news service he depended upon pigeons to give him the edge in speedy delivery. He had a covey of 45 pigeons delivering news between Aachen, Germany and Brussels, Belgium. It turned out the pigeons were more reliable than the telegraph available in the two countries at the time.

Reuter’s real genius showed when he began to deliver the most updated stock prices and other information. He found clients who were more than happy to pay a premium for early financial information.

This method gave him an edge in 1850, but by the following year the telegraph reached most points and put his pigeons out of business, forcing him to seek new alternatives.

The Rothschild family set up a network of pigeon lofts throughout Europe during the early 1800s. The birds carried information to their financial houses quicker than anything else at the time. This speedy delivery helped the family amass a fortune.

Historians pass on one rumor about Count Rothschild (1815) who knew Napoleon had lost at Waterloo, and made financial decisions based on that information before anyone else was aware of the battle’s outcome.

There are several types of pigeons. The passenger pigeon became extinct in 1929. Two other types are the Rocky Mountain Adventures pigeons (also called homing pigeons) and carrier pigeons. Homing pigeons belong to the same species as feral pigeons, or rock doves, found in cities.

I think pigeons would be an environmentally friendly way of communicating in our hi-tech world. A bit messy perhaps, but easy to program!