3 Examples of Physiatrist’s Who Provided Questionable Defenses for Murderers 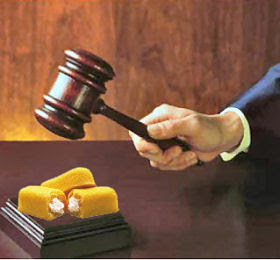 I have three examples of defense lawyers using physiatrists to provide questionable mental health defenses in murder trials for you today.

Don’t misunderstand me. I do believe people with genuine mental issues who commit crimes should get some consideration in a court of law. Remember the infamous “Twinkie defense?”

It’s cases like that where lawyers plead some obsc

ure and outlandish conditions which supposedly made their client commit murder, that fry my grits!

You know what I’m talking about. I’ve gathered three examples for you here – two recent and one from last year to consider.

One of the stories describes a killer who got away with killing four people – using what has been described as the “Richie Rich” defense.

Another story shows how a murderer’s lawyer tried to use a questionable defense of blaming the killer’s mother for the murder. And the third story is still ongoing.

Let’s start off with Jason Bohn, who strangled his girlfriend and tried to blame it on Intermittent Explosive Disorder. See his story on 48 Hours A Raging Son See what happened in this trial.

Jason Bohn was a Columbia graduate who had apparently overcome a rough childhood to become a successful Wall Street banker. But then he brutally murdered, and tortured, his girlfriend, a Weight Watchers executive.

His lawyers didn’t try to deny he killed her, but claimed his mother’s neglect 30 years ago pushed him to commit the brutal torture/murder.

The chief prosecutor in the murder trial of Oscar Pistorius said Monday that the double-amputee athlete should be placed under psychiatric observation after an expert called by the defense said the runner has an anxiety disorder.

Judge Thokozile Masipa has not yet ruled on the request. Prosecutor Gerrie Nel said he had no other option but to ask for a study of Pistorius' mental health following testimony by a psychiatrist, who said the Olympian's anxiety could have shaped the way he responded to perceived threats. 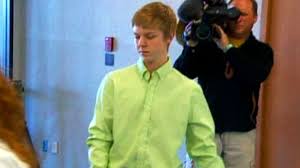 His wealthy family hired a top gun trial attorney and leading expert who invoked what could be called the Richie Rich defense.