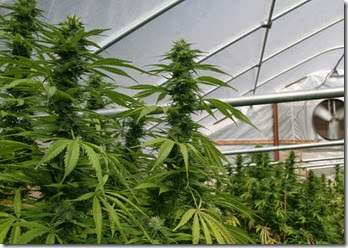 Reefer Madness is slipping into the insanity of the past.

Marijuana regulations nationwide are easing up and allowing light (facts) to penetrate the dark veil of ignorance about cannabis.

National polls show a majority of Americans are for legalization of the controversial herb. Annual national polls on the subject conducted by organizations like Gallup -  show an increasing tolerance for it’s use, both medically and recreationally.

For example, this one from January of this year:

Perhaps one of the biggest surprises, at least to me, is that the Veterans Administration has given the green light to a study using marijuana to treat PTSD. Being a federal agency, that’s a big thing because it’s the feds who are stopping marijuana from becoming legal.

Here’s a story about that VA study:

“The federal government has signed off on a long-delayed study looking at marijuana as a treatment for veterans with post-traumatic stress disorder, a development that drug researchers are hailing as a major shift in U.S. policy.

The Department of Health and Human Services' decision surprised marijuana advocates who have struggled for decades to secure federal approval for research into the drug's medical uses.

The proposal from the University of Arizona was long ago cleared by the Food and Drug Administration, but researchers had been unable to purchase marijuana from the National Institute on Drug Abuse. The agency's Mississippi research farm is the only federally-sanctioned source of the drug.

In a letter last week, HHS cleared the purchase of medical marijuana by the studies' chief financial backer, the Multidisciplinary Association for Psychedelic Studies, which supports medical research and legalization of marijuana and other drugs.” (The rest of the story here)