Stop By and Learn All About the ‘Green Fairy’ Today 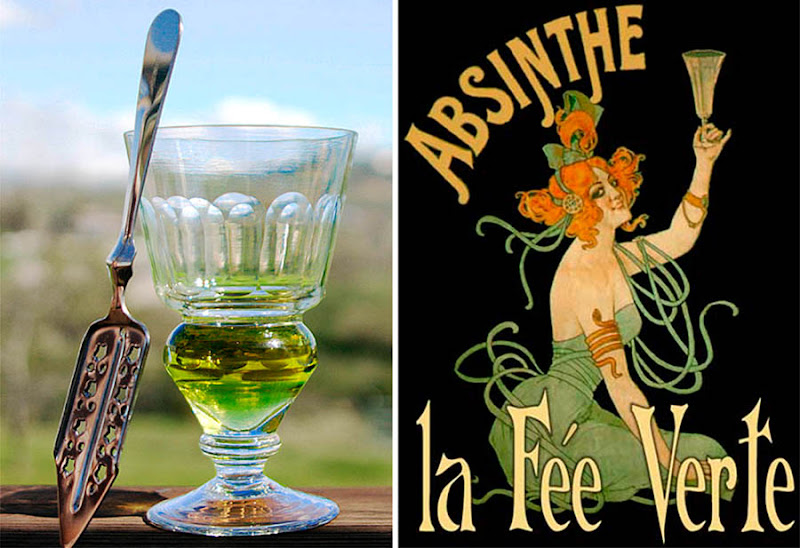 Have you ever danced with the “Green Fairy?”

I had the opportunity once. It was in 1970, and I was in Japan, a stop-over to my eventual destination - Vietnam.

Here’s a wealth of information on Absinthe, aka the “Green Fairy”:

"QUANTUM SHOT" #824
Link - article by Simon Rose and Avi Abrams
The Bohemian Realm of Absinthiana
Absinthiana are the trappings and accessories associated with the drinking of absinthe.

This anise-flavored spirit is made from the flowers and leaves of wormwood, green anise, sweet fennel and other herbs.

Absinthe has a natural green color and was referred to as the Green Fairy, although it can also be colorless. Absinthe has a high alcohol level and is normally diluted with water for drinking. It’s also very bitter and was often poured into a glass of water over sugar on a perforated spoon.

Absinthe was invented in 1797 and by the 1850’s it had become a firm favorite with the upper classes. It was originally a wine-based drink, but the Great French Wine Blight of the mid-19th century destroyed many of the French vineyards. Absinthe was based instead on grain alcohol.

This made it more affordable and the Green Fairy became very popular as an alcoholic drink in France in the late 19th and early 20th centuries. In the early eighteenth century, absinthe would be served in an ordinary glass, with water added from a standard jug or similar container. With the increasing popularity of absinthe, specialty glassware, elaborate spoons, carafes and fountains made their appearance.

(images via 1, 2)
Absinthe was said to be both a narcotic and an aphrodisiac. It was adopted by the bohemian culture and Parisian authors and artists claimed that absinthe stimulated creativity. Well-known absinthe drinkers include Vincent van Gogh, Oscar Wilde, Ernest Hemingway, Charles Baudelaire and Henri de Toulouse-Lautrec. Green Muse by Albert Maignan from 1895 shows a poet succumbing to the dubious charms of the green fairy. 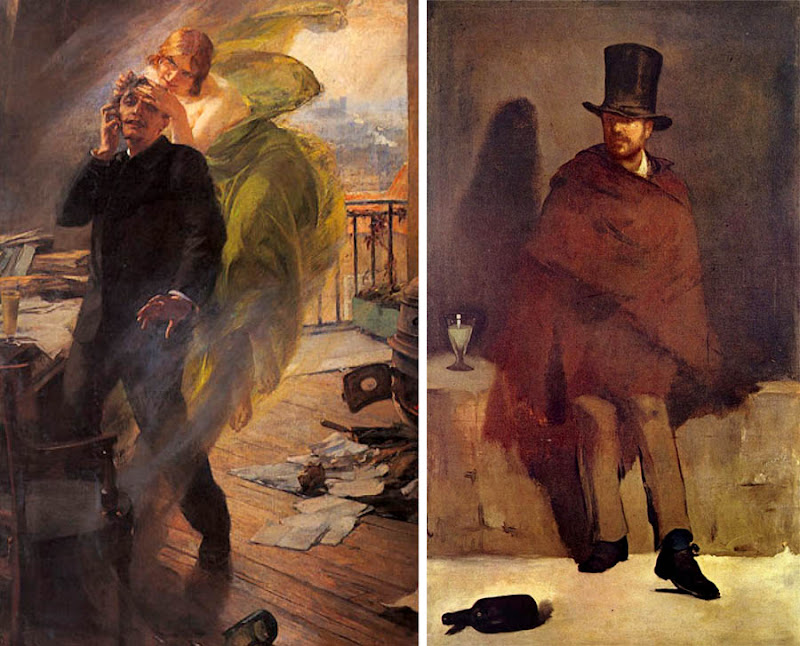 Absinthiana refers to the tools related to absinthe, along with the preparation and drinking of the beverage. At first, absinthe was served in perfectly ordinary glasses, with water was added to the drink using a straightforward jug or carafe.

Time for me to walk on down the road…unsteadily

Posted by ImBlogCrazy at 7:01 AM