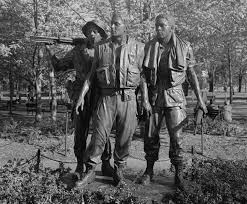 That time of the year is coming for me again.

Unwanted memories of my time in Vietnam and Cambodia materialize like ghosts to haunt me. Unbidden vignettes of violence slip into my nights and my nerves are live wires writhing during the day.

Most people think about spring –still weeks away – with fond memories and feelings of joy. For me – in 1970 - it meant crossing into a foreign country that wasn’t at war in pursuit of an elusive enemy whose secret headquarters we discovered and destroyed.

To Americans back at home however, it looked like we were invading another country – like we were expanding the already unpopular war. I saw the worst war had to offer that April and May. I lost my best friend in an ambush. I lived, he didn’t. I saw too many men die in those terrible weeks. 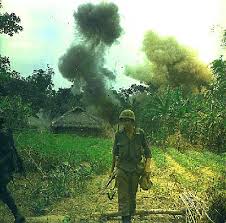 I saw enemy bodies stacked like cordwood with rats, their bloody whiskers a mockery of sanity, slithering over the mangled corpses.

I have PTSD from my experiences overseas. The VA recognized this a long time ago.

But not all my brothers who also served over there have been given the same consideration. Find out why, when you read this article about the Vietnam veterans who still haven’t “Come Home.”

PTSD Before It Had a Name: Vietnam Vets Sue DOD

“Five Vietnam veterans who claim they became afflicted with combat-related anxiety –- decades before PTSD became a common term –- assert in a new, class-action lawsuit that the Pentagon should upgrade the less-than-honorable discharges they and “tens of thousands” of other troops received during that era.

The lawsuit, which includes a three retired Marines and a second Army veteran, seeks the milltary's record corrections boards to “implement consistent, medically appropriate standards” under which discharge upgrades can be considered for PTSD-afflicted Vietnam veterans, said Thomas Brown, a law-student intern with the Veterans Legal Services Clinic at Yale Law School. The suit was filed by Yale Law School.”