Beware of politicians promising a return to the ‘Good Old Days’ 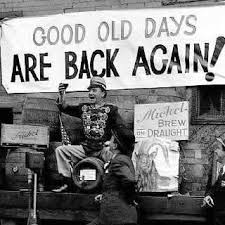 I know there are people who pine for the years following WW II, from 1945 to 1965, when “everything was better.” America had emerged as a superpower and a manufacturing force second to none in the world. We were number one.
Historians quickly called the generation that won the war the “Greatest Generation.” Their children were given the best of everything in life. The American Dream was within every man’s or woman’s grasp.
But something happened. When those children became teenagers, the world shifted slightly and societal changes came hard and fast. Vietnam, Hippies, Drugs, Free Love, and college students leading  protests against war.

Let’s hold it right there. I want to discuss the “Good Old Days” (as defined above) a little further. Do you think African Americans and other people of color thought those were the Good Old Days? Frankly, I doubt it. 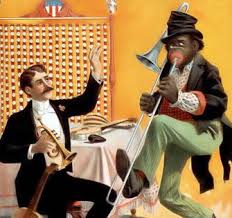 If you were an African American living in the deep south from 1945 to1965, you lived in another America. One that had no dreams. No hope. You survived at the whim of the white man. You couldn’t eat in the same building or shop in the same store because of your color.

Let’s not linger on this aspect of the supposed Good Old Days too long, but it does have to be examined. Instead, let’s look at a whole new view of the Good Old Days. Are you ready?

The reason they were considered the Good Old Days was simple; people didn’t know what was happening everywhere in the country and the world. They were uninformed for the most part, especially in rural America.

So they didn’t know all the terrible things that happened in a 24 hour news cycle worldwide. They were not bombarded with all that negative news and views. There was no internet. Sure, they heard news on the radio,  but music dominated the airwaves and the movies from 1945 thru 1965. 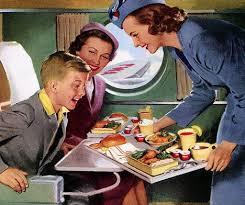 I wouldn’t say ignorance is bliss, but in some cases it seems preferable to knowing too much and being stressed out about things you can’t do anything about. Try to imagine what it would be like to not to hear all the negative things you hear every day.

I think it’s fair to say technology has advanced considerably since those Good Old Days. We’re living longer in the 21st century. Because of robotics, we’re actually more productive in the workplace than in the Good Old Days when we were a world leader in manufacturing.

I know that sounds odd, especially when you compare the workforce in the Good Old Days when jobs were plentiful, and the workforce today with over 8% of all Americans unemployed, and jobs as scarce as water in our current historic drought.

Moving on, I really don’t think there were ever any “Good Old Days” in the sense that everything was rosy, or people were all nice and respectful to each other. Progressive and regressive forces have always battled it out. 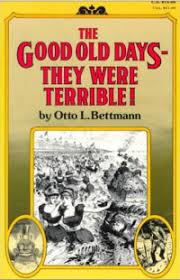 Some people have selective memories, which make those days of yore so special. Which leads me to a warning about politicians who use our faulty memories of a golden age that never existed to political advantage. You know the ones I’m talking about. They promise to “turn the clock back to a better time.” Whatever that means.

They pledge to bring morals back to the country, and more of the Christian God to our government. They invoke memories of the “Greatest Generation,” and promise a new one - just like the old one  - is on the way. They lie.

You can’t restore a myth. You can’t change a society and turn the clock back to a dream that only existed for some white Americans. There were wars being fought worldwide, crime at home, segregation issues and all the terrible things we face as a society today were going on back then, too.

Some politicians, vultures seeking your votes, will try to tell you they can bring back the Good Old Days, and say we once lived in a patriotic utopia.

As It Stands, when you hear people calling for those Good Old Days, take a moment and ask them to what good old days are they referring?

(This column originally appeared in the Times-Standard newspaper on Sept.2, 2012)