Is the strange fish-animal that sported hind legs a link to humans? 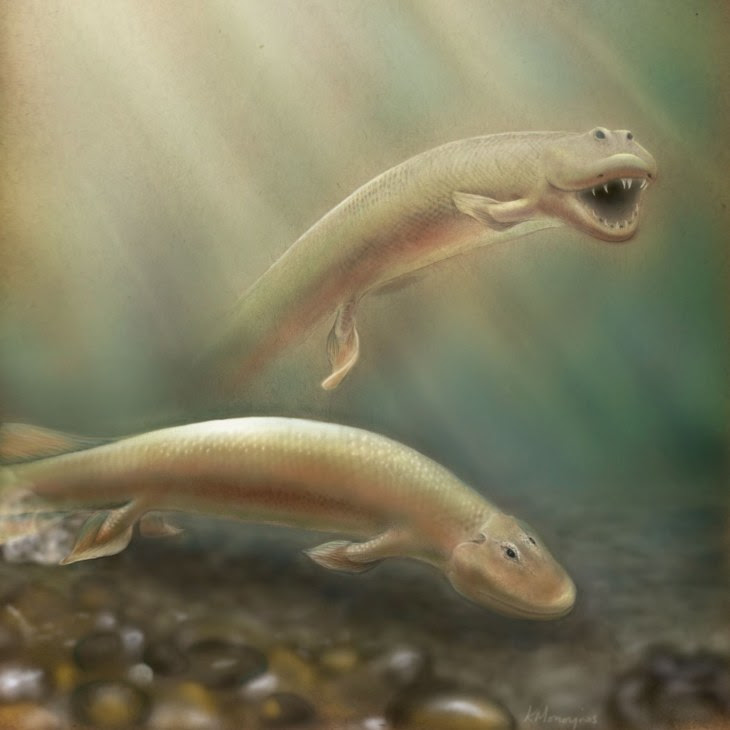 Do the little fishy things in this photo have a humanoid smile?

For those of you who hold fast to evolutionary theories for mankind, this is the latest link between humans and something that crawled out of the evolutionary caldron commonly called the ocean.

But don’t get too excited. Tiktaalik roseae is not the missing link bridging humans and fish. That remains to be found.

“The closest known relative of the ancestors of limbed animals such as humans probably evolved the foundation for rear legs even before the move to land, researchers say. This ancestor may have even been able to walk underwater, they added.

These findings reveal that a key step in the evolution of hind limbs happened in fish, challenging previous theories that such appendages evolved only after the move to land.

Scientists investigated fossils of a 375 million-year-old fish known as Tiktaalik roseae, discovered in 2004 on northern Canada's Ellesmere Island. Possessing a broad flat head and sharp teeth, Tiktaalik resembled a cross between a fish and a crocodile, growing to a length of 9 feet (2.7 meters) as it hunted for prey in shallow freshwater.

Study lead author Neil Shubin, a paleontologist at the University of Chicago, told LiveScience that Tiktaalik is not the ancestor of all limbed vertebrates. It is currently the closest known relative, "but not the sole, direct ancestor," he said. "It is more like our closest cousin."