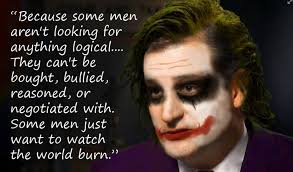 It’s starting to look like the efforts to wrap up a budget plan before another government shutdown is in peril.

For starters, neither side is promising a “grand bargain” that will slash the federal budget. Congress has not been able to enact a budget bill since 2009. But it gets worse.

Budget negotiators in the U.S. Congress yesterday wrapped up a deal on a budget plan amid warnings from conservative groups that they would oppose it.

Democratic Senator Patty Murray and Republican Representative Paul Ryan have been hammering out a two-year budget deal that attempts to put an end to the budget chaos that has kept Democrats and Republicans in constant warfare since 2011.

That warfare led to last October's 16-day government shutdown when agencies ran out of money.

If a Ryan-Murray deal is reached, it is expected to relax some of those cuts, which are known as "sequestration."

But the conservative group, Heritage Action for America, an offshoot of the Heritage Foundation, announced that it also could not support the emerging budget deal. It’s promise to obstruct the deal is ominous.

A vote in the Republican-controlled House could come by Friday, when that chamber plans to recess for the year.If it passes the House, the Democratic-controlled Senate is likely to vote on it late this week or next week.

The writing is on the wall though folks… right wing conservative groups wield a lot of money and power and if they want to force another shutdown the odds are they’ll try. The average American will suffer once again, as the corrupt pols we elected, take this country down the road to destruction!