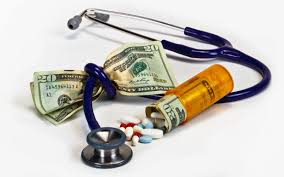 We face rising health costs almost annually. It’s like a rite of spring. Costs climb like creeping vines throughout the medical industry, from prescriptions to surgeries. A deadly trend that is financially ruining a growing majority of Americans.

With the Affordable Health Care Act stumbling along like a cripple without a cane, any relief seems far away. Especially since President Obama’s mea culpa on the too-early launch of the program commonly called Obamacare. He claims he’s just found out that some Americans are really being stiffed by the new law.

That doesn’t leave me brimming with confidence if our president wasn’t getting the whole story. Lousy advisors? He made a promise to the people that he can’t keep now. Whose to blame for that? Where do we go from here?

No matter how you look at it, our nation’s healthcare system is a disaster, with dimming hopes of redemption from a new law full of loopholes. Plainly put, there’s no going back to what didn’t work, so we better hope the overhaul straightens out the exposed holes in the system.

Finally, why is our health care so expensive? What factors have led us to this bad place where people cannot afford to get medical help when they need it? The following article offers some insight into the issue: 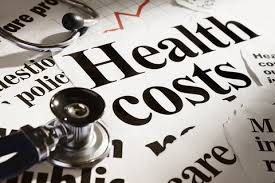 U.S. medical care is getting ever pricier, but it’s not because so many old people are running up charges, experts reported Tuesday. Most of the money’s being spent on people under 65 with chronic conditions like diabetes and heart disease.

And even though the U.S. spends $2.7 trillion a year, nearly 18 percent of gross domestic product (GDP), on health care, it’s not keeping up with the rest of the developed world when it comes to improving people’s health.

“It does show pretty clearly that price is the culprit here,” Dr. Hamilton Moses of the Alerion Institute in Virginia and Johns Hopkins University told reporters.

“Based on this review…the U.S. ‘system’ has performed relatively poorly,” Moses and colleagues wrote in the report, published in the Journal of the American Medical Association. Their findings echo what other experts have found – U.S. health care gives little value for the money. (Full story here)