Will someone tell the flu bug to hold off until this shutdown is over? 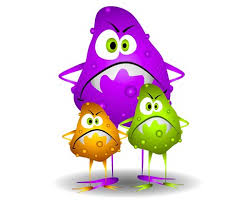 Ominous reports are trickling in that a new flu season may be stalking us but we can’t do crap about it because our government has been shutdown by clowns who don’t care if you have health care!

I like to think there’s a universal justice – an accounting for being a destructive dipshit – and if is, Ted Cruz and his extreme entourage will all come down with a real nasty case of the the flu! I mean the kind where you have such a snotty nose your words gurgle, and you’re dribbling slippery shit into your underpants every step you take!

Come to think about it, those tea party toads hopping around the House probably don’t believe in vaccines so it’s only right they be struck with the worst case possible.

America’s unofficial flu trackers say they’re seeing elevated reports of flu-like illness in a few states — California, for instance — and they worry about what will happen in coming days and weeks if officials at the Centers for Disease Control and Prevention remain on furlough.

“If this flu season hits early and we don’t have the most important national voice promoting vaccination, we will see unnecessary illnesses, some of which could be severe or fatal,” said John Brownstein, a Harvard Medical School epidemiologist who runs FluNearYou, a real-time flu tracking tool.

Google Flu Trends, another tracking tool, is reporting a slight rise in the nation’s flu activity as of Wednesday.

But those sites provide only a tiny portion of the flu picture in the U.S., nothing like the CDC’s robust FluView surveillance system that tracks the nation’s influenza ills. That site hasn’t been updated since the shutdown began on Tuesday, which means the latest data available to the public runs only through Sept. 21.

That’s to be expected with about 9,000 of the CDC’s nearly 13,000 employees on furlough, said CDC spokeswoman Barbara Reynolds. Although the agency is still collecting national flu data, the information won’t be analyzed or reported until the shutdown ends. Whole story here