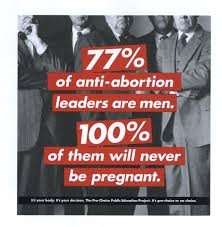 In the ongoing saga of Republican Texans against women, the score is 1-0…women.

Despite Gov. (what was that 3rd agency he’d get rid of if he were elected president?) Rick Perry’s efforts a judge called bullshit on the abortion law he rammed through the state house!

The entire law wasn’t struck down, but key portions of House Bill 2 were. But do you think Perry and his posse are going to sit back and let the Constitution win this battle? Hell no. He just promised to keep on trying to subvert it.

As we all know, this has become one of many recent GOP tactics…ignoring laws, like the Affordable Care Act. At least Perry isn’t a representative in Congress to add to the polarization – Texas already has the Once and Future King in Ted “shut the government down” Cruz, a regional extremist fouling up the House of Representatives.

The sad thing is these GOP wackaloons will continue to waste everyone’s time and money because they seem to have a never-ending supply coming from king-makers like the Koch brothers. I can’t help shaking my head at the irony of the whole GOP, Patriot, Christian God, propaganda machine that isn’t even close to being in touch with what the majority of American women want.

Look at who is leading the charge…men.

In a stunning move, a federal judge Monday ruled that abortion restrictions authorized by Texas lawmakers in July are unconstitutional, and will not be implemented as scheduled on Tuesday, according to court documents obtained by NBC News.

U.S. District Judge Lee Yeakel decided Monday that the regulations requiring abortion doctors to have admitting privileges at a nearby hospital impeded on the rights of physicians to do what they judge is best for their patients and would unreasonably limit a woman's access to state abortion clinics.

"The admitting-privileges provision of House Bill 2 does not bear a rational relationship to the legitimate right of the state in preserving and promoting fetal life or a woman's health and, in any event, places a substantial obstacle in the path of a woman seeking an abortion of a nonviable fetus and is thus an undue burden to her," Yeakel wrote in his decision.

Although Yeakel ruled that Texas could regulate how a doctor prescribes an abortion-inducing pill, he said the law did not allow for a doctor to alter treatment taken in order to best safeguard the health of the woman taking it.

Therefore, he barred the provision of the law mandating that doctors abide the Food and Drug Administration’s procedure for drugs in all cases, according to the Associated Press.

He wrote: "The medication abortion provision may not be enforced against any physician who determines, in appropriate medical judgment, to perform the medication-abortion using off-label protocol for the preservation of the life or health of the mother.”

Yeakel's decision comes four months after Democratic state Sen. Wendy Davis, now a candidate for governor, staged a dramatic 13-hour filibuster against the proposed restrictions, widely considered among the most stringent in the country.

The filibuster forced Gov. Rick Perry to order a second special legislative session for the Republican-dominated Legislature to pass the controversial law.

In a statement, Davis said she was “not surprised by the judge’s ruling.”

In a statement, Gov. Perry said that Monday’s ruling “will not stop our ongoing efforts to protect life and ensure the women of our state aren't exposed to any more of the abortion-mill horror stories that have made headlines recently. We will continue fighting to implement the laws passed by the duly-elected officials of our state, laws that reflect the will and values of Texans.”

Posted by ImBlogCrazy at 7:12 AM