Fundraiser to save endangered black rhino auctions the right to kill one! 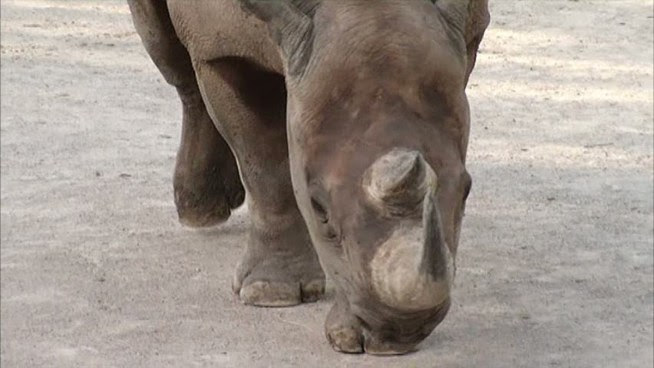 This is not a tough quiz.

What do you do when you want to save an animal that’s nearly extinct?

A. Hold a fundraiser and auction off original art displaying the animal you’re trying to save?

B. Put the last of the species in a zoo and hope it’ll reproduce?

C. Find one of the last survivors of the species in the wild and hold an auction to “legally” hunt it down, kill it, and mount it on the highest bidders trophy wall?

If you said C you’re right…there’s actually people this stupid in the world! Let me introduce you to the Dallas Safari Club. It’s preparing to auction off an opportunity to hunt an endangered black rhino in Namibia -- to benefit the Save the Rhino Trust.

"This fundraiser is the first of its kind for an endangered species," Ben Carter, DSC executive director, said earlier this month in a statement announcing the auction.

Hard to believe. This is reality. This is where we’ve come in the 21st century. Killing off each species until the day comes to raffle the last of it’s kind comes. Elephants, apes, and lions. One-by-one. Smiling wealthy hunters sharing stories of the old days when animals were once plentiful.