As It Stands: The Movie Jerry Lewis Made & Never Released Surfaces, But Not in Theatres

Most people are unaware that Jerry Lewis wrote, produced, and starred in a movie – “The Day The Clown Cried” - in 1972. That’s because he never released it, knowing it was a clunker upon finishing the project. So the movie stayed hidden all these years.

But on August 10th, YouTube user Unclesporkums uploaded perhaps the longest clip (it's a 7-minute "Making of Footage" collection of clips) to ever publicly surface of the film in the past 41 years, which introduces the movie mistake to a whole new generation. Lewis plays a circus performer who is taken by the Nazis after making fun of Hitler.

In the concentration camp where he's sent, he amuses the children with his routine, and eventually walks with them into a gas chamber. The last scene involves Lewis' clown (Helmut Doork) and the children laughing while the gas surrounds them. hole new generation. (A nearly 1-minute "behind the scenes" clip is also availab 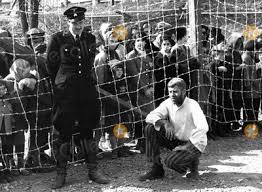 The film was not made as a comedy; it was to have been Lewis' first foray into serious drama. But after test screenings went terribly wrong, Lewis (who told Dick Cavett in 1973 that he'd planned to release it at the Cannes Film Festival) pulled the film. When he was asked about the movie at Cannes this year

, the 87-year-old Lewis said, "It was all bad and it was bad because I lost the magic. You will never see it. No one will ever see it, because I am embarrassed at the poor work."

Only a select few have seen the film since Lewis packed it away, and one is comedian (and frequent voice on "The Simpsons") Harry Shearer, who saw a rough cut in 1979. As he told Spy magazine in 1992, it's no surprise that the film won't get a public release.” (Read more here)