As It Stands: RNP flips out and bans news outlets they don’t like! Election 2016

I’m simply stunned at what the Republican National Party (RNP) has done. The party that was thrashed in the last two presidential elections and who vowed to change some things the next time around – read appeal to minorities – is totally gone off it’s tracks.

The train derailed when they voted Friday to bar NBC News and CNN from partnering with them in hosting the 2016 presidential primary debates! Apparently one of the things the GNP decided to change was who gets to report on them. They don’t like being criticized – poor sensitive darlings – and have decided to cut off any legitimate coverage of their political election coverage.

Too bad. They just don’t play well, and like a pack of petulant kids, are pushing out their lower lips: “We’re done putting up with this nonsense,” RNC 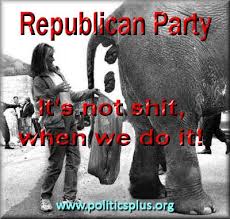 Chairman Reince Priebus said ahead of the vote to ban NBC News and CNN. “There are plenty of other outlets. We’ll still reach voters, maybe more voters. But CNN and NBC anchors will just have to watch on their competitors’ networks.”

Can’t you see Priebus wiping the snot away from his nose after making this announcement? The whole pack of idiots aren’t going to stop there however. The clowns are talking about having Rush Limbaugh or Mark Levine as the moderator for “their debates.” No kidding. They’re that pissed off about having inconvenient facts surfacing about their candidates.

I really do wonder what world these guys live in? Unrealistic ideals are one thing, but to ban any news sources that don’t fit in with their view of the world is scary, senseless, and stupid. What really set the RNP off? I’ll tell you.

NBC Entertainment, a subsidiary of NBC News, is planning on doing a documentary on Hillary Clinton in 2015. 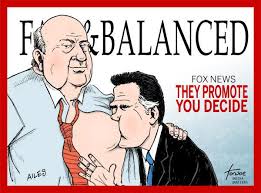 CNN is also guilty of planning a a show about her – a biopic on the former secretary of state, next year. Reince Prince Priebus warned that if each network did not cancel planned projects about Clinton, each network’s news division would be barred from participating in official Republican primary debates in 2016.

There you have it. Let’s see if the Democrats ban Fox News from their election coverage. Somehow, I doubt it. But, politics being politics, they might show how stupid they can be in spite of what I think.

As It Stands, controlling media coverage in America is too Nazi-like for my comfort!

I find it interesting that the leaders of the GOP even put up with the crap being put out by some of their so-called party members. Are they afraid of losing their seats in office that they fear truth?