As It stands blog: You know ‘Thrones’ is popular,but did you know about it’s hilarious spin-off parody?

Unless you don’t have a TV, smartphone, or computer, you’re aware of the hot HBO series, “The Game of Thrones.”

The creators decided to ramp up the gore for the last few episodes of the season and guess what? Ratings have risen like a murder of crows and people are talking about “The Red Wedding” two weeks ago.

Last night was the season finale. There’s a good chance you saw it…but if you didn’t stay off of FaceBook and Twitter, and anywhere else people are talking about last night’s show. Otherwise, you’re going to hear how the episode ended. More shocks for fan 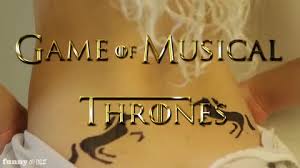 s lie ahead when they view the conclusion. The finale was a flop according to lots of fans!

The thing I really like, is the show is so versatile that it can go from being a bloody drama to a hilarious comedy! If you haven’t had the opportunity to see the following parody – Gay of Thrones – I highly recommend you check out the links provided in the article below.

"It's like the '80s all over again," says Erin Gibson, writer and director of the increasingly popular (though not safe for work!) "Gay of Thrones" episode recap show on FunnyorDie.com. "If you didn't watch the show, you don't get to talk about it the next day." 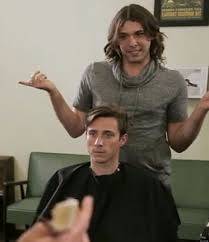 As silly as it sounds, this is high-quality comedy with gravitas. In one episode, Jonathan’s client is none other than Alfie Allen, who plays Theon Greyjoy on the actual show. Each episode is funnier than the next.

"You can't do this kind of recap with 'Duck Dynasty,'" Gibson says. "GoT" works "because there's so much meat, it gives us something to talk about." She adds, "So much comedy makes fun of how stupid things are — it's great to celebrate something that's actually good."

And many are getting in on the celebration. Along with "Gay of Thrones," FunnyorDie.com also posted "Where Are My Dragons?," a reality show spoof about Daenerys-like single mom. And there was"School of Thrones," a Degrassi-style mashup with a "Prom is coming" theme. Following the "Red Wedding," Second City gave grievers an "It Gets Better" parody, not for bullied gay teens, but anyone who endured the horrific violence . It gets better, "GoT" fans are told.

Hold on to your sides and check out the recaps of Episodes 1 & 2 of Gay of Thrones.