As It Stands blog: feeling the pain at the pump with more to come!

In my part of the world we pay the highest gas prices in the nation. Yes, little old Humboldt County consistently clobbers locals with insane gas prices. It doesn’t matter what time of the year it is. There is no real reason other than greed, and because the locals can get away with it. What are you gonna do? Move? No sweat off their pocketbooks.

In three decades I’ve read, and written, articles wondering why our prices are so high. Most come off as puzzled attempts to explain the unexplained. Without getting real and risking a lawsuit, there’s nothing that can be done.

I’m always amused at other areas of the country complaining about gas hikes when none of them hold a lighter to the scorching prices in paradise, aka Humboldt County. Nationally, reporters working for corporation run media outlets serve up the same plate of pathetic excuses for Big Oil. 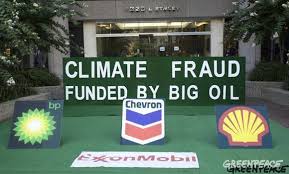 Make no mistake, we are all mere serfs in Big Oil’s kingdom, and can expect it to stay that way until we finally utilize enough alternative methods to propel our vehicles, planes, and boats. Americans may have meekly accepted the status quo of fossil fuel as a primary source of giddy-up for our go-machines, but they do wonder why the prices fluctuate so frequently.

The following article pulls out the same old violin music about why prices go up and down like puppets on crack, but winds up with the following interesting snippets:

“I don’t buy it. I think gas prices are up because somebody is manipulating prices.”

So do European regulators. Last month, the European Commission announced it was investigating whether BP, Shell and others got together to fudge prices reported to a widely watched market index. No charges have been brought, and the oil companies have said they are cooperating with the investigation.

"Efforts to manipulate European oil indices, if proven, may have already impacted U.S. consumers and businesses, because of the interrelationships among world oil markets and hedging practices," Wyden, who chairs the Senate's energy committee, wrote in a letter to U.S. Attorney General Eric Holder. Go here for the full story