I never could get why people say Californians are so crazy.

Listen, if you really want crazy try living in Florida!

That humid little state with alligators and a rapidly increasing Anaconda population, is home to the con-communities boiler rooms, zombies of all ages, swamp people, and retired Mafiosi! 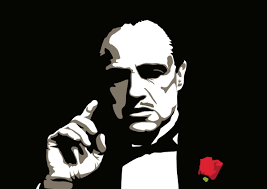 Dateline Florida- A St. Petersburg man who called 911 about 80 times Sunday saying he wanted Kool-Aid, burgers and weed delivered to him instead got a trip to jail, police said.

Jarvis Sutton, 34, is facing a charge of misuse of the 911 system following his arrest Sunday, according to Pinellas County Sheriff's Office jail records.

"The defendant admitted to calling 911 because he 'wanted Kool-Aid, burgers and weed to be delivered to him,'" an officer wrote in an arrest affidavit obtained by the Tampa Bay Times.

On his way to jail, Sutton started chewing on foam attached to metal caging in the back of the police cruiser, the report said. (via NBC 6 News)

Then there’s the St. Petersburg woman being held on bond after being arrested for giving her last $50 to a drug dealer and then thinking twice about the transaction, authorities said.

Katrina Tisdale, 47, called 911 to tell officers she wanted the money she had just spent on marijuana and cocaine back, according to St. Petersburg Police.

Dateline Tampa Bay - He might be the most prolific 911 crank caller in Tampa Bay history. He made one of his last calls about 8:30 a.m. Wednesday. It lasted three minutes and 26 seconds.

"911, what is your emergency?" the dispatcher asked.

The calls started Dec. 31, according to the Hillsborough County Sheriff's Office, and ended Wednesday, February 14th, 2013.

In 45 days, he made more than 1,200 calls, an average of 27 per day. All came from an unregistered phone the Sheriff's Office tracked to the area of Massaro and Tampa East boulevards.

In many, he didn't say anything. In 19, he spoke. Sometimes he cursed at the dispatcher, the Sheriff's Office said. Sometimes, like in this call, he feigned danger.

"You better put the knife down," he said 34 seconds in. "I'm telling you that right now."

"What was that?" the dispatcher asked.

"He needs to put that knife down."

"Sir, who are you talking to?"