Guess which state is having a python hunting contest this weekend?

The whole competition sounds like an opportunity for a bunch of crazy people to get lost while hunting snakes as big as themselves in the snake’s turf. Crazy stuff. Only in America:

“A python hunting competition starting on Saturday is drawing hundreds of amateurs armed with clubs, machetes and guns to the Florida Everglades, where captured Burmese pythons have exceeded the length of minivans and weighed as much as grown men.

Python Challenge 2013, a month-long event sponsored by the Florida Fish and Wildlife Conservation Commission, is open to hunters and non-hunters alike. 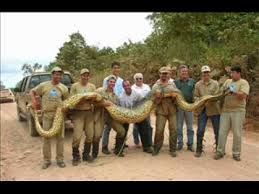 e Everglades has raised some alarms.

"I just thought it was as exciting as could be. It's a once- in-a-lifetime opportunity," said contestantRon Polster, a retired salesman from Ohio whose closest encounter with the swamp has been from the highway heading south for the winter.

Participants pay a $25 entry fee and take an online training course, which consists mostly of looking at photographs of both the targeted pythons and protected native snakes to learn the difference.

The state wildlife agency is offering prizes of $1,500 for the most pythons captured and $1,000 for the longest python.

A Burmese python found in Florida last year set records as the largest ever captured in the state at 17-feet, 7-inches (5.4 meters). The snake weighed nearly 165 pounds (75 kg).

FWC spokeswoman Carli Segelson said the number of registered contestants reached about 500 this week and was growing, with people coming from 32 states. 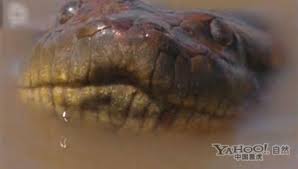 . The snakes are native to Southeast Asia and have no known predators in Florida.

The contest also serves as a pilot program to determine whether regular hunting competitions can cull the growing population of the invasive species, said Frank Mazzotti, a wildlife expert from the University of Florida who helped create the competition.

Python Challenge rules require contestants to kill specimens on the spot in a humane fashion, recommending shooting the snakes precisely through the brain.

"I was hoping there would be a lot of machetes and not a lot of guns," said Polster, the retired salesman. He said he worries "these idiots will be firing all over the place."

Shawn Heflick, star of the National Geographic "Wild" television show "Python Hunters," told Reuters that despite the formidable size of the snakes, he expects the swamp itself, with its alligators, crocodiles and venomous snakes, to pose a greater threat to the contestants. 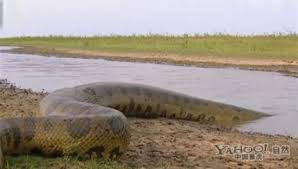 Segelson said the wildlife agency will provide training on the use of GPS devices and on identifying venomous snakes at the kick-off event. In the meantime, she said, contestants should be familiarizing themselves with the Everglades environment, just as they should before entering any other strange territory.

Heflick said most of the contestants likely were drawn to the Python Challenge by the romantic mystique of bagging a giant predator. He expects few will last long in the hunt."The vast majority of them will never see a python. The vast majority of them will probably curtail their hunting very quickly when they figure out there's a lot of mosquitoes, it's hot, it's rather boring sometimes - most of the time really, and I think a lot of them will go home," Heflick said.” (source)