Have you ever wondered if reality is unreal? Scientists work on a way to find out

Testing! Testing! Are you really reading this? Are you sitting behind a computer? What world are you from?

Try not to become too alarmed. These are just basic questions that need to be asked. A virtual reality check if you will.

Are we all just pawns in a game of space chess? Players in a cosmic video game? Some scientists got together a while back and asked all of these questions. Then they set out to answer them. The following article will give you something to think about…for real:

Photo:A crew member of the Osiris hovercraft is surrounded by monitors in an animated film based on "The Matrix." The "Matrix" film series suggested that our everyday experience is basically a computer simulation. Researchers are now proposing a way to test that way-out hypothesis.Warner Bros.

The notion that our reality was some kid on a couch in the far future playing with a computer game like a gigantic Sim City, or Civilization, and we are the player's characters, isn't new. But some physicists now think they know of a way to test the concept. Three of them propose to test reality by simulating the simulators.

Martin Savage, professor of physics at the University of Washington, Zohreh Davoudi, one of his graduate students, and Silas Beane of the University of New Hampshire would like to see whether they can find traces of simulation in cosmic rays. The work was uploaded in arXiv, an online archive for drafts of academic research papers.

The notion that reality is something other than we think it is goes far back in philosophy, including Plato and his Parable of the Cave, which claimed reality was merely shadows of real objects on a cave wall. Sixteenth-century philosopher-mathematician René Descartes thought he proved reality with his famous "I think, therefore I am," which proposed that he was real and his thoughts had a reality.

Then, in 2003, a British philosopher, Nick Bostrom of the University of Oxford, published a paper that had the philosophy and computer science departments buzzing.

The Matrix hypothesis
Bostrom suggested three possibilities: "The chances that a species at our current level of development can avoid going extinct before becoming technologically mature is negligibly small," "almost no technologically mature civilizations are interested in running computer simulations of minds like ours,” or we are "almost certainly" a simulation.

All three could be equally possible, he wrote, but if the first two are false, the third must be true. "There will be an astronomically huge number of simulated minds like ours," Bostrom wrote. 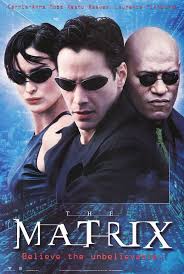 Bostrom's paper came out four years after the popular film, "The Matrix," in which humans discover they were simulations run by malevolent machines. The popularity of the film possibly contributed to the attention to Bostrom’s paper received at the time, but nothing came of it.

"He put it together in clear terms and came out with probabilities of what is likely and what is not," Savage said. "He crystallized it, at least in my mind."

Looking for anomalies
In the movie and in Savage's proposal, the discovery that reality was virtual came when unexpected errors showed up in life, demonstrating imperfections in the simulation.

Savage and his colleagues assume that any future simulators would use some of the same techniques current scientists use to run simulations, with the same constraints. The future simulators, Savage indicated, would map their universe on a mathematical lattice or grid, consisting of points and lines. This would not be an everyday grid but a "hypercube" consisting of four dimensions, three for space, and one to represent points in time. 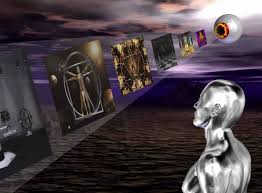 A present-day example is lattice quantum chromodynamics, which explores the effects of the strong nuclear force, one of the four fundamental forces in the universe, on tiny elementary particles such as quarks and gluons. In this approach, the particles jump from point to point on a grid, without passing through the space between them. The simulations cause time to pass in a similar way, like the frames of film passing through a movie camera, so that the time that passed between frames is not part of the simulation. This style of simulation requires less computer power than treating space and time as a continuum.

Because Savage and his colleague assume that future simulators will use a similar approach, he suggests looking at the behavior of very high-energy cosmic ray particles to see whether there is a grid in the energy as a start.

"You look at the very highest-energy cosmic rays and look for distributions that have symmetry problems, which are not isotropic," or the same in every direction, he said.

"Everything looks like it is on a continuum,” Savage said. "There is no evidence to show that is not the case at the moment. We are looking for something to indicate you don't have a space-time continuum."

Disturbance in the force
That disturbance in the force might be a hint that something in reality is amiss. If the cosmic ray energy levels travel along the grid, like following streets in Manhattan or Salt Lake City, it probably is unlikely to be a simulation; if they unexpectedly travel diagonally, reality may be a computer program.

Jim Kakalios, a physics professor at the University of Minnesota who was not involved in the paper, said a test such as the one Savage suggests may not prove anything. If they don't find the signatures, it doesn't mean we are not a simulation; our descendants could have used a different grid. If they do find something it also could mean “that's the way space-time is and we never noticed before,” he said.

Two other questions arise. One is whether it is conceivable that computers powerful enough to simulate our hugely complex universe ever will exist. If so, it likely will be very far in the future.

The second question is linked: Will it ever be possible to simulate human consciousness? After all, we run around thinking and feeling.

"Ultimately, the paper glides over the most interesting point: assume we have infinite computing power and we can create this hypercube," Kakalios said. "They assume [the simulators] would know how to simulate human consciousness."

For generations, science-fiction books — and some science books — have hypothesized inserting our consciousness into computers so that we essentially live forever. In "Caprica," a prequel to the television program "Battlestar Galactica," a girl's consciousness is preserved in a computer — and it becomes the basis for the evil cyborgs.

"We don't understand consciousness,” Kakalios said. "Neuroscience is where physics was before quantum mechanics. It's a more interesting problem than whether you can simulate protons and quarks."

Either way, however, Kakalios said the experiments on cosmic rays are the kinds of projects scientists should be doing, regardless of the simulation issue.

Joel Shurkin is a freelance writer based in Baltimore. He is the author of nine books on science and the history of science, and has taught science journalism at Stanford University, the University of California at Santa Cruz and the University of Alaska at Fairbanks.

This report was originally published Dec. 14 by Inside Science News Service as "What If Reality Was Really Just Sim Universe?"