AS IT STANDS: Seasonal greetings, humor, and a holiday miracle 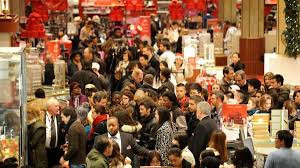 By Dave Stancliff/For The Times-Standard
Nine more days until Christmas. Holiday shoppers are desperately racing against time. Long lines twisting through stores like snakes are common. Malls across the country are blare Christmas music in a not so subtle attempt to get people into the spirit of the season.
Many are totally engaged in the holiday season and take advantage of the craziness it offers. For them, magic is in the air. Snow globes decorate homes decked with boughs of holly and images of Santa Claus in his sleigh or going down chimneys.
Small children, always optimistic, believe in Santa Claus until someone older tells them differently. Random acts of kindness. Santa Clauses sit in stores for hours, patiently listening to children’s wishes.
Funny jokes. Did you hear the one about the judge and the prisoner?
It was just before Christmas and the judge was in a good mood. He asked the prisoner  in the dock, 'What are you charged with?'
The prisoner replied, 'Doing my Christmas shopping too early.'
'That's no crime', said the judge. 'Just how early were you doing this shopping?'
'Before the shop opened', answered the prisoner.

Normally, around this time of the year waiting in a long post office line of people with last minute packages to send, is stressful. Still there are funny moments.
I saw a lady in the Post Office the other day buying stamps for her Christmas cards. The clerk asked her, “What denomination?”
“Oh good grief! Have we come to this?” she asked. “Well, I guess I’ll take 50 Methodist and 50 Catholic ones.”
The really cute stories always seem to involve children asking Santa to bring them something for Christmas. I’ve really heard some funny lines. When my three sons were of that age I wish I would have recorded some of their requests. More than one Santa raised his eyes in alarm!
Here’s a good story I ran across:
As a little girl climbed onto Santa's lap, Santa asked the usual, "And what would you like for Christmas?"
The child stared at him open mouthed and horrified for a minute, then gasped: "Didn't you get my E-mail?" Talk about signs of the times.
‘Tis the season to be jolly. For many Americans, Christmas is all about the birth of Jesus. Church activities blend seamlessly into the season as 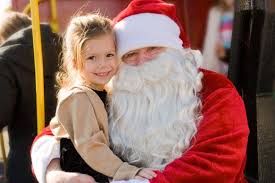 celebrations lead up to Christmas Day.
By the way, do you know why Santa Claus always comes down the chimney?
Answer: Because it soots him! It must be true. When I read the “Night Before Christmas” by Clement Clarke Moore to my grandchildren, their favorite part is when he pops out of that chimney with all those toys!
Then there are Christmas miracles. Here’s one from last year:
When 5-year-old Helen Berence Reyes Cardenas released two balloons into the sky on December 2nd from her Auburn, Washington yard, she hoped they would catch a breeze and sail straight to the North Pole. With the balloons, Helen released her silent hopes for a better year for her family. It had been a hard year for all of them.

Despite the balloons taking a far more southern course than hoped, one of the two balloons with her Christmas list attached would appear to have made its way into Santa’s hands.

In the ranch town of Laytonville, California, Julie Sanders and her son were out on their quad runners when they came across Helen’s now-deflated balloon, and the note. “The fact that she asked for a doll, some pants, boots and nothing materialistic,” said Sanders to ABC News, told her all she needed to know about Helen and her family, over 700 miles away. “I just knew it was a family in need.”
Sanders called the phone number Helen had listed in her note, and discovered the issues leading to the family’s financial hardships. A family friend told her that Laytonville was a mill town, and had recently known hard times.
The Sanders traveled over 50 miles to the nearest mall, purchased Helen some special outfits and toys to enjoy, and shipped them “from Santa,” just in time for the Reyes family to place them under the Christmas tree. (This story was originally posted by Steve Woods on Technorati, Dec. 5, 2011.)
As It Stands, Christmas is a time for miracles, like peace and goodwill on earth.