AS IT STANDS: Are you ready for New Year’s Eve? 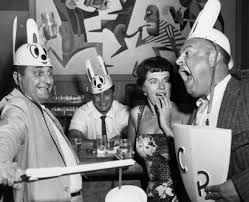 For The Times-Standard
It’s the day before New Year’s Eve, and all though the land alcohol companies are stocking store shelves with visions of obscene profits. Sales for products like Pepto Bismol and aspirin will go through the roof.
Ah! the rites of New Year’s Eve! A firmly entrenched holiday that celebrates booze and partying. What could be better than that? Millions of Americans gleefully get hammered and make New Year pledges they’ll never keep. But that’s okay.
New Year’s Eve parties are for adults and children are not welcome. Thoughtful parents often have New Year’s Eve parties for children, sans the booze, of course. Having never been to one I can’t vouch for what they do for fun.
Some people wait all year long to let their hair down and do the “Funky Chicken,” on this anointed holiday for drunkards. With any luck, other party-goers will be doing the same thing and everything that happens…is forgotten the next day.
Make no bones about it; New Year’s Eve is a rogue holiday that makes the rest of them look like milquetoast. The festive stage is set for a night of revelry drenched in champagne, cocktails, beer, rum, teq

People also celebrate the holiday by getting high in other ways. There’s a slew of other possibilities ranging from cocaine to marijuana. But that’s not what you see on posters outside nightclubs and party places.
I can see why the cops don’t like New Year’s Eve. Nothing is worse than a drunken moron on the road endangering themselves and others. Despite educational campaigns nationwide against drunk driving, more people will die on this New Year’s Eve from alcohol-related accidents than at any other time of the year, according to the National Institute on Alcohol Abuse and Alcoholism.

I’d also like to dispel a myth: Caffeine won’t sober you up! The fact is, caffeine may help with drowsiness, but not with the effects of alcohol on decision-making or coordination.
The body needs time to metabolize (break down) alcohol and then return to normal. There are no quick cures - only time will help. So, if you do plan on go out and get blitzed tomorrow night, make sure you have a sober designated driver with you.
Now some people have tried to convince me that New Year’s Eve is all about reflections on the past year - that people really want to gather and talk and the booze is only secondary. I wasn’t born yesterday.
You may hear talk about good or bad things that happened last year, but the brunt of the conversations go more along the lines of:
“Wow! Did you see that blond?”
Or, “Look at Howard! That’s 16 bottles of beer and he’s still going!”
Let’s be realistic, a New Year’s Eve party is about the here and now - getting drunk and having fun doing stupid things. There’s nothing highbrow at all when it comes to a New Year’s Eve Party.
New Year’s Day is another animal.
It’s the day after the party and people are sober. Some are cranky with throbbi 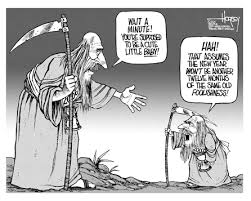 ng headaches, swearing all the while they’ll never take another sip of whiskey again. Yes, it’s a day for reflection and planning for the future. A noble day with traditions that are observed worldwide.

A day of new starts. The first day of the year, full of promise for the days and months ahead. A day that represents hope for a better future.
But first we must get through New Year’s Eve, unscathed by our own stupidity if we let our sense of reason soak in alcohol and marinade in regret the next day.
Seeing as how this is my last column for 2012, I’ll take this opportunity to thank you for reading my ramblings. I’m not making any pledges for the New Year, but I will try to continue to offer topics of interest.
As It Stands, Happy New Year!