What a way to start a New Year… 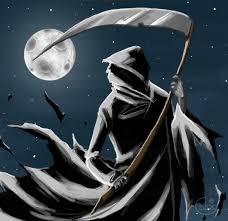 It saddens me to see people murdered every New Year’s Eve like it’s a rite of passage in America. Such a grim statistic for a new year. People who partied until death joined the festivities. A grim aftermath to a night of revelry. Reality. We live in a violent society.

“Seven people were shot, one of them fatally, during a New Year's party early Tuesday in Columbus, Ga., police said — just one of many fatal shootings to be reported across the country as 2013 got off to a bloody start.

Police detectives told NBC station WLTZ of Columbusthat six people were shot inside the Bar about 2:30 a.m. ET. One of the victims was pronounced dead, and the four others were being treated at the Medical Center of Columbus for non-life-threatening injuries.

Across the country, the New Year rang in with the sound of gunfire:

The teenager was shot in the head about 12:30 a.m. ET during an following a house party, police said. About two hours later, an unidentified man was shot and killed in the Frankford area of the city. Then, about 3 a.m., police who were called to a house in North Philadelphia, where they found three gunshot victims. One later died at a hospital.