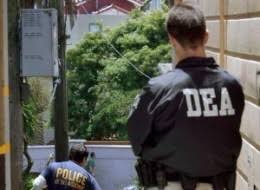 In 1990, Los Angeles Police Chief Daryl Gates told a Senate committee that people who smoked pot occasionally “ought to be taken out and shot.” That kind of fanaticism, which dominated the debate on drugs 20 years ago, seems to have faded. Today’s politicians are more likely to dismiss cannabis concerns as “not serious” than to rail against the demons of dope—but the powers that be are still bent on keeping pot illegal. U.S. cops bust an average of almost 100 people every hour for pot, and an array of think tanks and nonprofit groups continues to pump out prohibitionist propaganda.

Here are 11 of the worst—the most powerful and the most vehement.

A holdover from the Bush administration, Leonhart was formally appointed to head the Drug Enforcement Administration by Barack Obama in 2010. The antiprohibitionist movement strongly opposed her, citing the DEA’s raids on medical-marijuana growers in California—including one on a 69-year-old woman who had been the first grower to register with the Mendocino County Sheriff.

As the DEA’s acting director in January 2009, she overruled a DEA administrative-law judge’s recommendation and denied the University of Massachusetts a license to cultivate marijuana for FDA-approved research. “This single act has blocked privately funded medical marijuana research in this country,” NORML head Allen St. Pierre said in July 2010.

Leonhart often carries hardline views to absurd extremes. In 2011, asked about the drug-cartel carnage in Mexico, she told the Washington Post that “It may seem contradictory, but the unfortunate level of violence is a sign of success in the fight against drugs,” because the cartels were fighting each other “like caged animals.” In June 2012, asked by Rep. Jared Polis (D-CO) if crack, heroin and methamphetamine were worse for your health than marijuana, she repeatedly answered, “I believe all illegal drugs are bad.” Asked if opioid painkillers like OxyContin were more addictive than marijuana, she answered, “All illegal drugs in Schedule I are addictive.” GO HERE TO READ THE REST