Another study that has to make you wonder: ‘Can You Tell A Woman's Politics By Looking At Her Face?’ 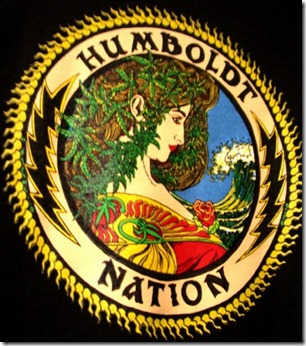 Here’s an interesting study about perceptions of people based upon their appearance. Women are apparently very good at guessing who belongs to which party. But how do they do it?

Can you guess which of the US Representatives below is a Republican, and which is a Democrat, just based on their faces? (Answers are at the bottom, no peeking — unless you already recognize all these congresswomen, in which case you can scroll right down to the science.)

That's a shorter version of the test psychologists Colleen Carpinella and Kerri Johnson gave undergraduates at UCLA for a study published in the Journal of Experimental Social Psychology. The undergrads were significantly better at guessing than would be expected by chance, and they were especially accurate with women. The likely reason, according to the study: Republican women are more likely than Democratic ones to have stereotypically feminine facial features.

In another experiment, Carpinella and Johnson used a computer program to measure how "sex-typical" the faces of male and female Representatives were, looking at characteristics like jaw shape, lip fullness, and cheekbone placement (they discounted things like hair, makeup, and jewelry). They found that Republican women were more likely to have stereotypically feminine faces — and the effect was more pronounced the more conservative their voting records were. The reverse was true for Democrats — the more liberal their voting records, the less traditionally feminine their faces. The study authors call this "the Michele Bachmann effect."

The study authors think that because the Republican platform advocates for traditional gender roles, women with more traditionally feminine appearances may gravitate toward the GOP. Interestingly, however, they found that Republican men actually had more feminine faces than Democratic men. This surprised Carpinella and Johnson, but they speculate that since governing is still seen as masculine in general, a slightly feminized appearance might not be an impediment to a Republican politician — he's already showing his masculinity by running for office in the first place. And Republicans may have an easier time getting away with slightly feminine faces than Democrats, since their political views are often seen as more masculine (cf. Arnold Schwarzenegger's claim that Democratic legislators were "girlie-men").

It's not clear if less-feminine women have a harder time making it in the Republican party (or if more-feminine women have difficulty being accepted by Democrats), or if people's physical appearances actually influence their political beliefs. Someresearch has found that political leanings can have genetic underpinnings — maybe the genes that affect liberalism or conservatism affect appearance as well. Or maybe the way women look as they grow up, and the way people respond to their appearance, influence how they vote later on. The less-principled in both parties are likely to spin this research in their favor — Democratic women are manly! Republican men are secret sissies! — but the reality is almost certainly more interesting.

Update: Asked what might be behind her findings, Carpinella said voter preference probably played a bigger role than genetics: "We have no evidence to support a biological interpretation of our effects — and that evidence favoring that would require a very different study. Instead, we believe this reveals more about the voters themselves. [...] Specifically, it appears that conservative voters insist that their policy preferences are reflected in the physical appearance of the political candidates who they ultimately put in office. Here, valuing traditional gender norms is apparent in the faces of successful politicians."

It would be interesting to look at the faces of ordinary Republican and Democratic voters, rather than elected officials, to see if the same appearance differences hold true.    (source)